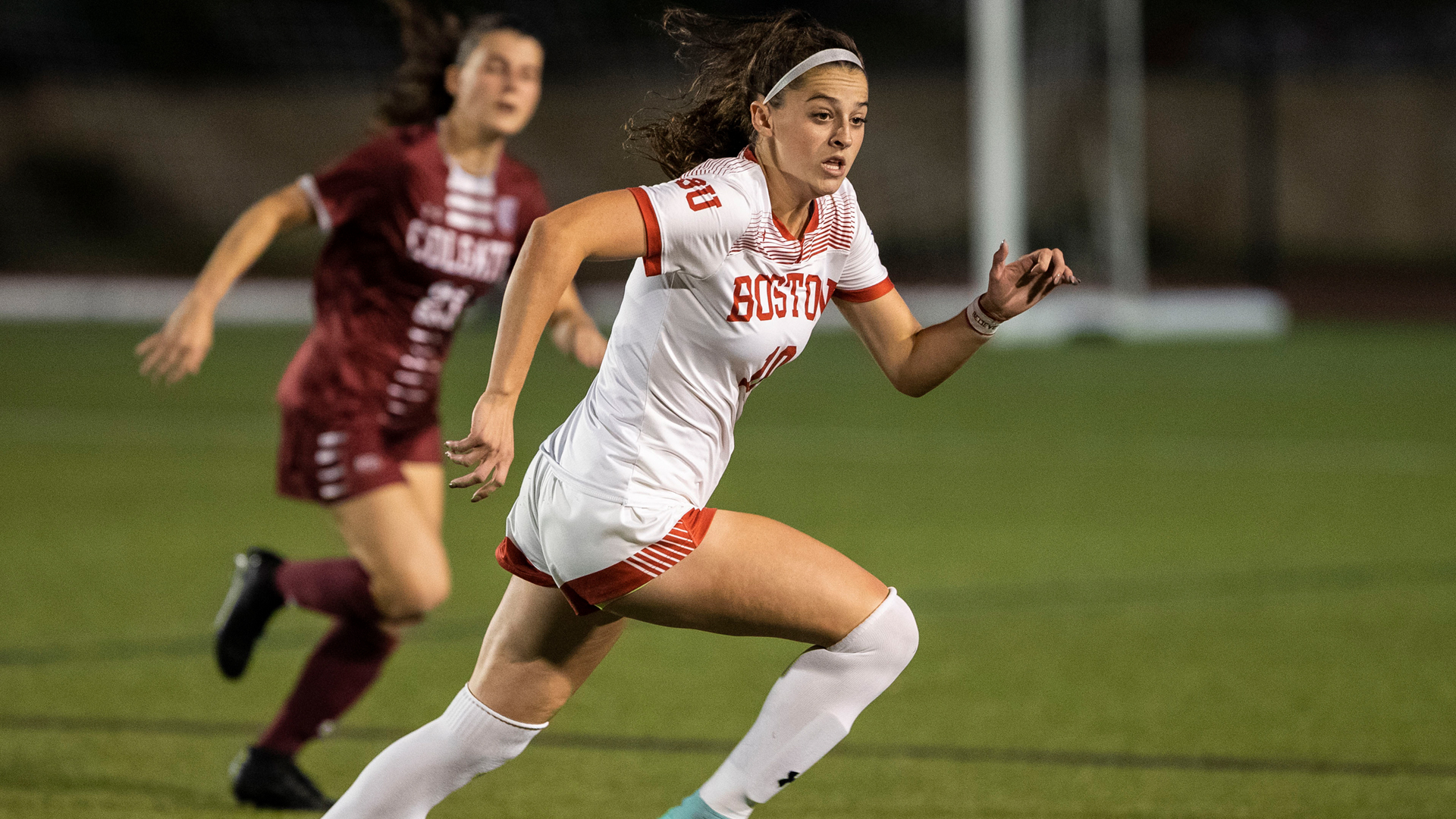 After opening the game with a 1-0 lead, the Boston University women’s soccer team conceded six goals and lost 6-2 to the University of Michigan on Sunday.

BU (2-2) pulled off strong wins over Providence College and University of Massachusetts Lowell before taking on the Wolverines (3-1) at Nickerson Field on Sunday afternoon.

Earlier this season, Michigan defeated Boston College on their road trip to Boston on August 25.

“This is a very good football team that we just played against,” said BU head coach Casey Brown after the game. “When they had their moments, their special players left no stone unturned. They exploited us at some moments.”

The terriers came onto the board early in the competition. In the second minute, junior forward Abigail McNulty passed the ball to Morgan Fagan, who scored a goal on the second attempt to give BU an early lead 1-0.

“Kudos to BU for coming out and scoring that early goal in the first two minutes,” Michigan head coach Jennifer Klein said. “It was a wake-up call for us … we need to come out with some energy.”

Less than a minute later, the Wolverines responded with a goal from senior forward Danielle Wolfe.

With just over 35 minutes remaining in the first half, BU was able to parry several shots from Michigan junior forward Sammi Woods. But two minutes later, a light touch from Michigan midfielder Meredith Haakenson on junior midfielder Kacey Lawrence gave the Wolverines a 2-1 lead.

Michigan’s senior forward Lily Farkas entered the zone and flicked a shot past BU’s second goaltender Cecilia Braun to give the visitors a 3-1 lead.

“[Farkas’] Consistency is what really allows her to be very impactful,” Klein said. “Their movement and then their readiness to fire. I think she’s a player who has a really great shot for us and throws in some good spots, so she just has to let it swing.

With about 11 minutes left, senior Michigan forward Claire Dawson stopped the ball from crossing the end line and matched a Woods header that landed in the back of the net. The 4-1 lead for corn and blue would go into halftime.

Senior goalkeeper Gretchen Bennett replaced Braun for BU early in the second half. Michigan also went behind the net at the start of the new half. Senior goaltender Katherine McElroy, who hails from Brookline, made her first appearance of her career.

“[McElroy] is from Boston,” said Klein. “Bringing them home is a great opportunity to play in front of a home crowd.”

Within the first five minutes of the second half, the Wolverines’ Haakenson had a one-on-one chance with Bennett, but she shot wide of the net. Farkas also went wide on the next possession. Then Lawrence connected with Haakenson and gave Michigan a 5-1 lead.

Just four minutes later, with about 35 minutes to play, Farkas passed Woods, who fired a shot into the top of the goal.

With less than 11 minutes to play, McNulty launched a shot over McElroy to reduce Michigan’s lead to a 6-2 lead that would hold for the rest of the game.

“We fought for 90 minutes. To be able to come out when you’re obviously following a game like that, to show the struggle and the pride to see it through, to find a way to get the ball to the back of the net,” Brown said. “I’m proud of all those things.”

Next, the Terriers meet Yale University at 7 p.m. Thursday in New Haven, Connecticut.

“Turn the corner and move on,” Brown said. “We do things really well. The team knows that, we trust our process… We stay the course.”