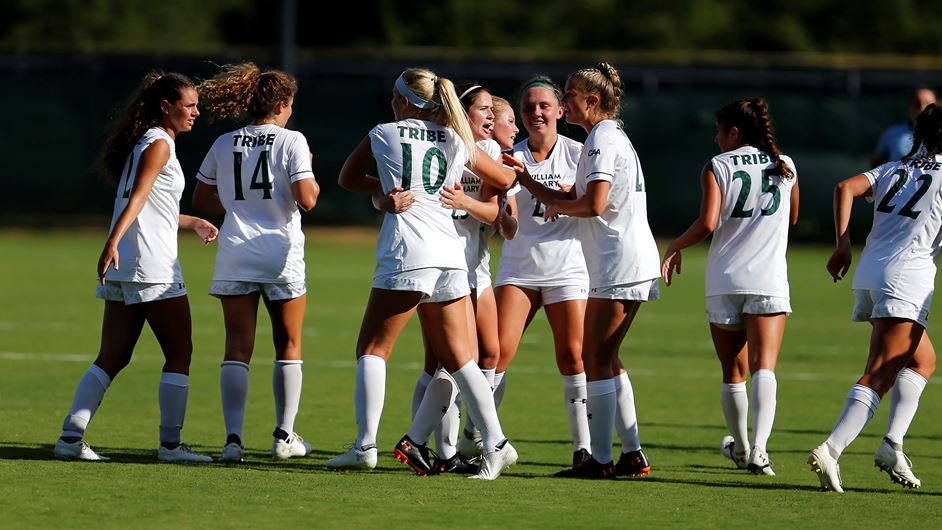 Teams competed in an alternate 90-minute format, playing three 30-minute periods. After both teams scored in the opening 30 minutes, the tribe found the winner in the third and final frame.

Senior Jillian O’Toole scored the winning goal in the 11th minute of the third period. She turned and ripped a shot off the bar just inside the box. The ball rebounded and hit a piece of Richmond goalkeeper Sydney Moore along the goal line before landing over the line.

classmate Kayleigh Shackford scored her second assist of the game when she served the ball towards O’Toole from a free kick.

The Tribe batted first as a rookie in the 20th minute of the opening frame Ivey Crain found the back of the net. W&M generated a dangerous free kick just outside the penalty area along the left wing. Junior Ginny Delacruz put the ball down to Shackford, whose shot rang off the bar and down from 20 yards. Crain won the race to the rebound and pushed it to the first goal of the competition.

Richmond equalized from a penalty just five minutes later. A bad clearance resulted in a Spider attacker being tackled in the box, giving the visitor the penalty. JoJo McShane scored home to equalize.

In the numbers
– The Tribe overtook Richmond 11-6, including a 4-2 margin on shots on goal.
– W&M attempted six corner kicks compared to five for the Spiders. The Green and Gold had four in the first 30 minutes while UR had three in the last 30 minutes.
– Shackford, O’Toole and Crain led W&M by two shots apiece.
– Senior goalkeeper Zoe Doughty Played 60 minutes, recording a backup, sophomore Morgan Wood played the middle 30 minutes.

Next
The Tribe continues its exhibition panel at George Mason on Saturday 13th August. The game is scheduled for 6pm in Fairfax. W&M opens the regular season at home against ACC foe Virginia Tech on Thursday, August 18. Kick-off is scheduled for 6pm and the competition will be broadcast on FloFC.