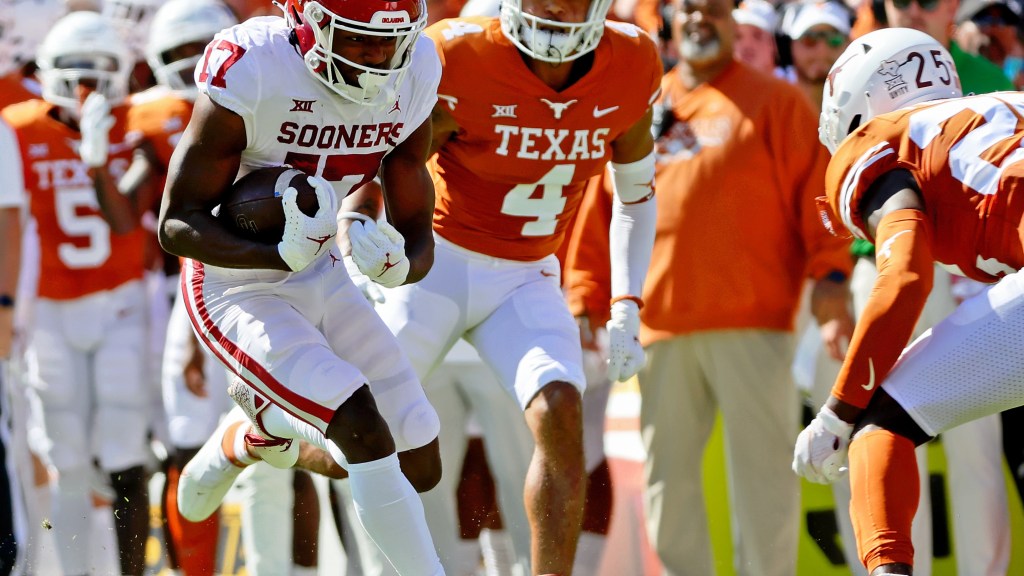 What could the permanent opponents in SEC look like?

With the Oklahoma Sooners and Texas Longhorns potentially moving to the SEC as early as the 2023 season, SEC leadership has been discussing how to put together the conference schedule.

16 teams considered going into divisions or pods, but it seems the system that has garnered the most traction is one where the teams in the conference have three or four permanent rivals and then five or six games against SEC will play the remainder of the conference on a rotating basis.

Nick Saban recently spoke up about the idea of ​​scheduling and he prefers to ditch a non-conference game.

He asks a valid question. Will other conferences play more games within the conference than the SEC? At the same time, the SEC is notorious for listing FCS schools as part of its non-conference schedule.

With the SEC settling into three constant opponents and a total of nine games in the conference, there are plenty of interesting opportunities that could come together as constant opponents for each of the 16 members of the redesigned SEC.

There is no perfect model and it will be difficult to hold each annual matchup together, but after several trials and discussions with analysts covering teams in the SEC, this is what the future of the SEC may look like in terms of constant opponents.

I’m sure there are fans out there who won’t love the permanent opponents listed for their team, but that’s the endeavor Greg Sankey and the SEC are working on. After hours of discussion and brainstorming, this is a pretty good look at what the constant opponents in the SEC might look like.

I expect to get a bit toasty for this, but it was fun working through the process.

There are a handful of matchups that need to stay together, and Alabama vs. Auburn is one of them. The “third Saturday of October” between Alabama and Tennessee is a traditional rivalry that has been played 104 times. The homes of Alabama and Mississippi State are 82 miles apart. The proximity makes this a must-do every year.

It’s been hard not holding Alabama and LSU together, but sacrifices must be made during this process.

Arkansas’ ties to several teams in the SEC run deep, but its connection to Texas and Texas A&M from the old Southwest Conference was too good to pass up. While Oklahoma and Arkansas have only played 15 times, it’s a game that should have happened more and should happen in the future.

Alternatively, Missouri, LSU, or Ole Miss could also end up as permanent options for the Razorbacks.

In the first iteration of permanent opponents, I crossed Georgia off the list for Auburn. It was deservedly mocked and had to be repaired. Auburn and Georgia have played 126 times in their history and continue to play every year despite playing in different divisions. Although they only played 42 times, Auburn played Vanderbilt for the first time back in 1893.

The World’s Greatest Cocktail Party stays together. This is a gift. Florida and LSU have a long history together in the Swamp Bowl.

As mentioned above, Auburn and Florida are must-have constant opponents for Georgia. The South Carolina battle brings together two teams less than three hours apart in a fantastic frontier rivalry.

On the surface, the Missouri-Kentucky duel might not make sense, but they’re the two northernmost teams, and you’ve got to play someone. Tennessee is the must-have matchup for Kentucky. Though there’s a new rivalry emerging, a consistent matchup between Tennessee and Kentucky creates an opportunity to build something special.

As we mentioned above, the “Swamp Bowl” would be too much fun for the SEC in the future. Louisiana’s Mississippi border makes these fascinating permanent options. However, one could also choose Arkansas or Texas A&M as permanent options.

Mississippi State gets a tough slate with Alabama and LSU, but if it can navigate its constant opponents 2-1, it would set them up for the SEC.

Missouri and South Carolina both play in Columbia. That could create a fun trophy to pass between the two teams. Though Fayetteville, Arkansas is fully booked and a trip to Nashville is intriguing for the Tigers.

Quarterback Eli Manning #10 of the Mississippi Rebels calls for an audible play at the line of scrimmage against the Oklahoma State Cowboys during the SBC Cotton Bowl January 2, 2004 at the Cotton Bowl in Dallas, Texas. ‘Ole Miss defeated Oklahoma State 31-28. Brian Bahr/Getty Images

Ole Miss is getting its state rival, Mississippi State, and the “Magnolia Bowl” between Ole Miss and LSU should stay together.

It was tempting to add Missouri to the Oklahoma squad. That long history of the Big 8 would have made for a natural enduring opponent, but the connection with Texas A&M from their days in the Big 12 in the South and Arkansas border is also a lot of fun.

South Carolina gets Georgia, which it has played 74 times, the first time in 1894.

Tennessee gets Vanderbilt and border wars with Kentucky and Alabama. The Alabama matchup is one of the SEC’s greatest rivalries.

While the Aggies wouldn’t admit it, getting Texas back on the schedule is tremendous for the state of Texas and for college football in general. The Longhorns are rekindling a rivalry with Arkansas from the Southwest Conference days and, of course, Oklahoma in the biggest neutral game of the year.

Interestingly, when we put this together, Arkansas, Texas, Oklahoma, and Texas A&M actually ended up as “Pod.” A round-robin between the four schools would have a huge impact on the SEC.

Vanderbilt defenseman Donovan Kaufman (1) dashes up with a 58 yard kick return in the second quarter against LSU at Vanderbilt Stadium on Saturday October 3, 2020 in Nashville, Tennessee. George Walker IV, Tennessean.com

When I reached out to SEC analysts, Vanderbilt was on several people’s lists of teams they wanted to play against. The only must-see for the Commodores is Tennessee, a domestic rival. This matchup is generally similar to Kansas State and Kansas, with Vanderbilt regularly playing the role of the Jayhawks. Missouri makes sense from a close range standpoint and Auburn gives him a quality opponent on the schedule.