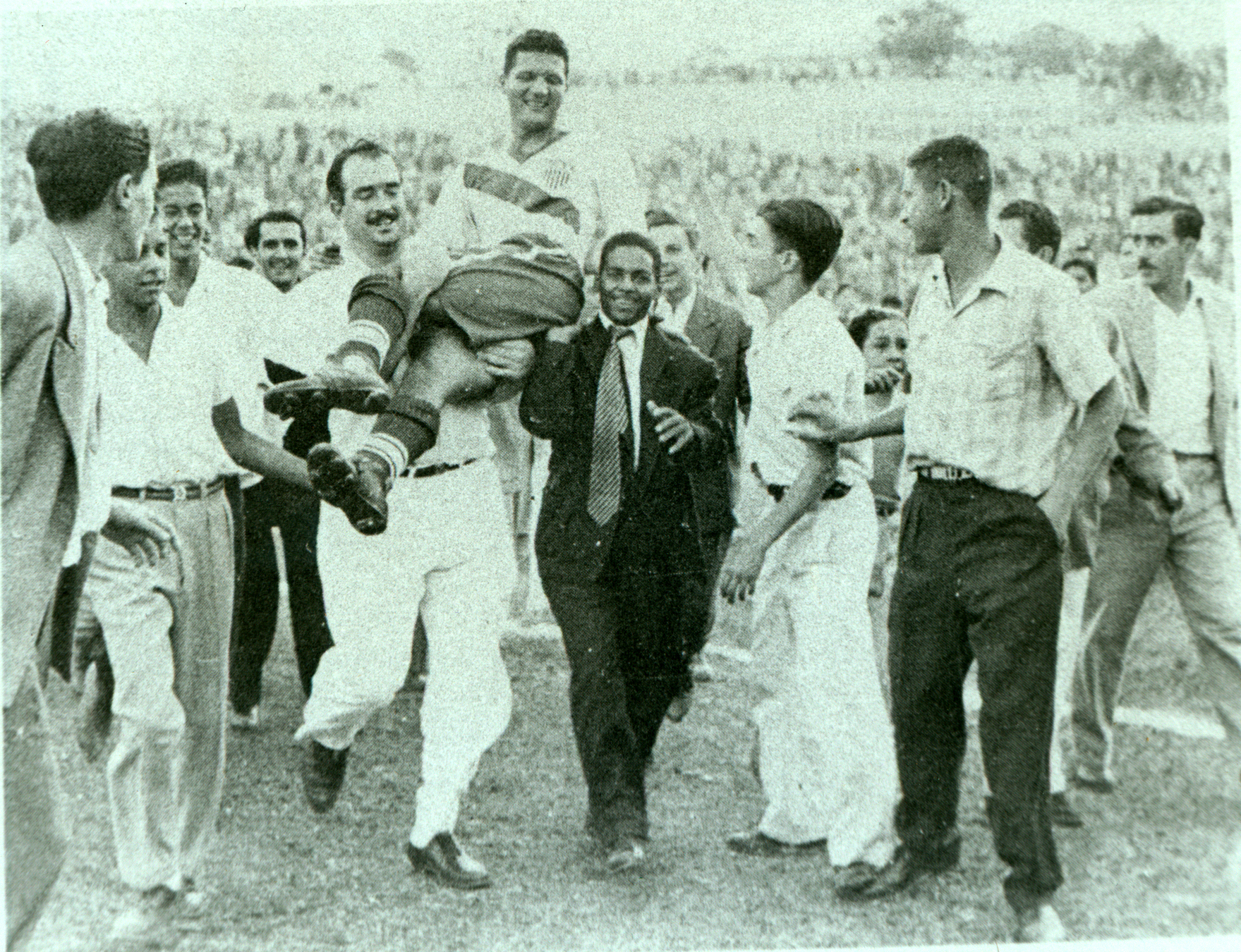 “Charlie dived headfirst and hit him right in the back of the knee, a tackle anyone in the NFL would have been proud of,” he said. “The momentum they both went with was both at the penalty spot when they stopped. Charlie bulldozed him all the way. He [Mortensen] was mad mad as anyone would have been… It would have gotten a yellow card, maybe a red in today’s game.

This tackle saved the day.

When Dattilo blew the final whistle, players from both sides were beside themselves for different reasons.

“It was like losing the Yankees to an amateur team from Massapequa [in suburban N.Y.]’ Maca said of his hometown outside of New York City.

England striker Wilf Mannion and his team-mates weren’t laughing at the surprising and embarrassing result.

“We were about to go onto the field and it was all over and we could do whatever we wanted,” he said at the 1987 reunion. “We didn’t.”

The English press then complained about the pitch (“narrow, rutted and rocky,” one writer reported) and the three non-citizens who played for the Americans – Gaetjens, Maca and right-back Ed McIllveny [Scottish citizen]. They were residents of the country, which was enough for them to represent the United States at the time.

After that, the crowd climbed over a fence and ran around the field through a moat to lift the American players onto their shoulders.

“Gee whizz, all the people were screaming and getting us excited,” Pariani said. “It was as if a hurricane were raging across the field. Most went to goalkeeper Frank Borghi. He didn’t know what was going on.”