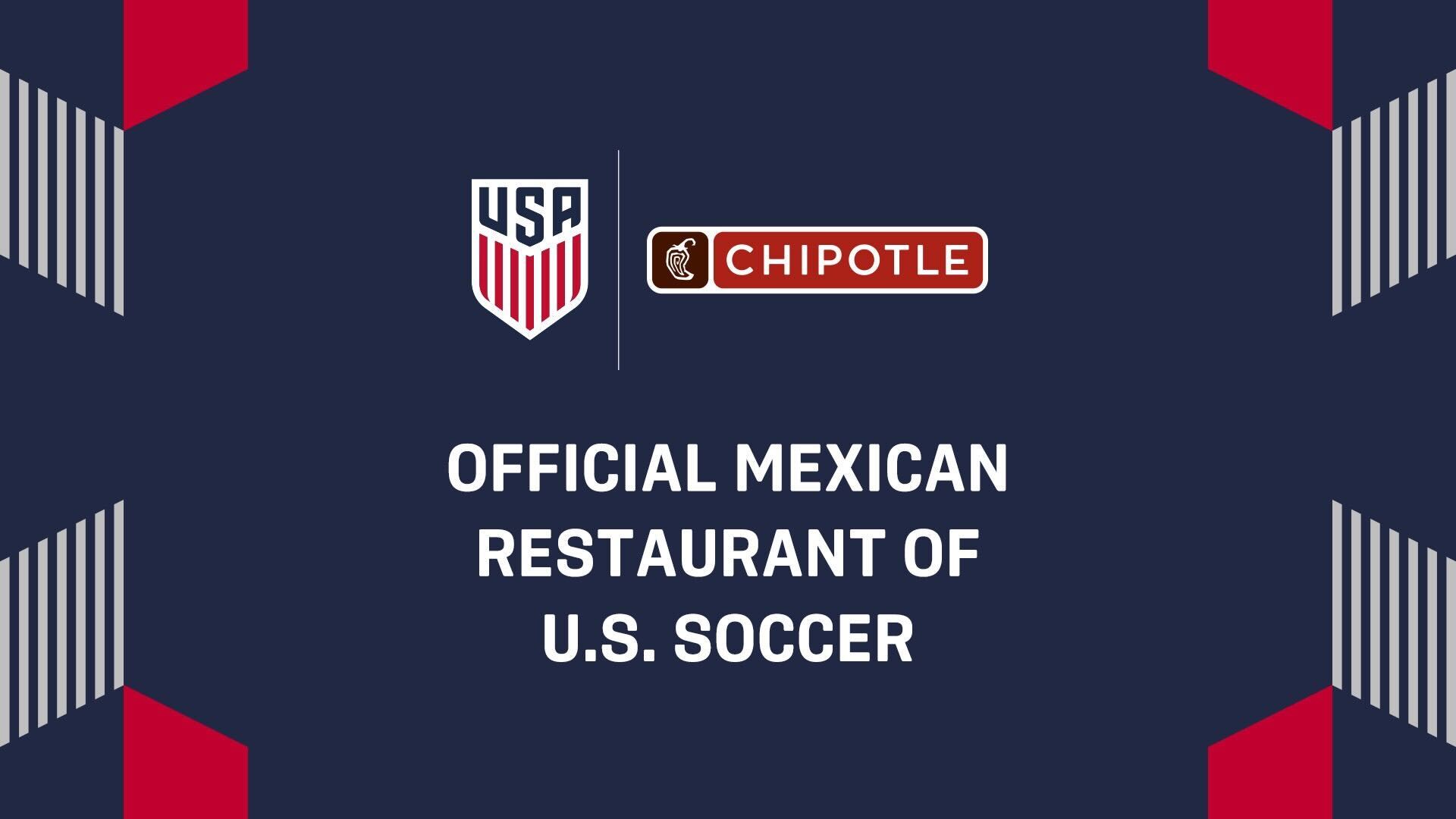 The US Football Association and Chipotle sign multi-year partnership extension

CHICAGO (June 9, 2022) – The US Football Association today announced a multi-year partnership extension with Chipotle Mexican Grill, continuing the strategic partnership that originally began in 2020 to make Chipotle the official Mexican restaurant for the US women’s and men’s national teams.

“We are thrilled to continue our partnership with Chipotle and to build on the incredible foundation of our partnership,” said David Wright, US Soccer‘s chief commercial officer. “Together we have an opportunity to promote cultural impact and awareness by bringing together healthy, sustainably sourced foods and the sport of football while seeking to support each other’s missions.”

As part of the agreement, Chipotle will remain the title sponsor of US Soccer‘s annual Chipotle Young Female and Young Male Player of the Year awards, which USWNT forward Trinity Rodman and USMNT forward Ricardo Pepi won in 2021. In recognition of their achievements, Chipotle rewarded Rodman and Pepi with free Chipotle for a year; a new benefit that will continue to be a staple for honorees going forward as US Soccer and Chipotle aim to build on and enhance the honors.

Last year, the voting process for the Chipotle Young Female and Young Male Player of the Year awards was opened up to fans via ussoccer.com for the first time. Fan votes accounted for 15 percent of the total, with the rest coming from national team players, coaches, media and other related circles.

“We are entering a golden age of football in the United States,” said Chris Brandt, Chipotle’s chief marketing officer. “Chipotle is incredibly proud to support our nation’s elite athletes as our women’s and men’s national teams continue to make a serious impact on the international stage.”

In addition, Chipotle will bring US soccer fans closer to their favorite national team players through digital content such as the Unwrapped series, starring USMNT midfielders Christian Pulisic and Weston McKennie.

US Soccer will continue to support Chipotle’s “Real Food for Real Athletes” campaign, which focuses on helping athletes of all skill levels — from youth players to Olympians — perform at their best by promoting the right nutrition by providing real foods and ingredients for their athletic endeavors. Pulisic and McKennie, along with USWNT midfielder Rose Lavelle and forward Sophia Smith, are athletes on Team Chipotle and part of the roster of athletes leading the campaign that started in 2019.

Chipotle will also be highlighting US Soccer through its in-app rewards and special offers leading up to some of the biggest upcoming international soccer events.