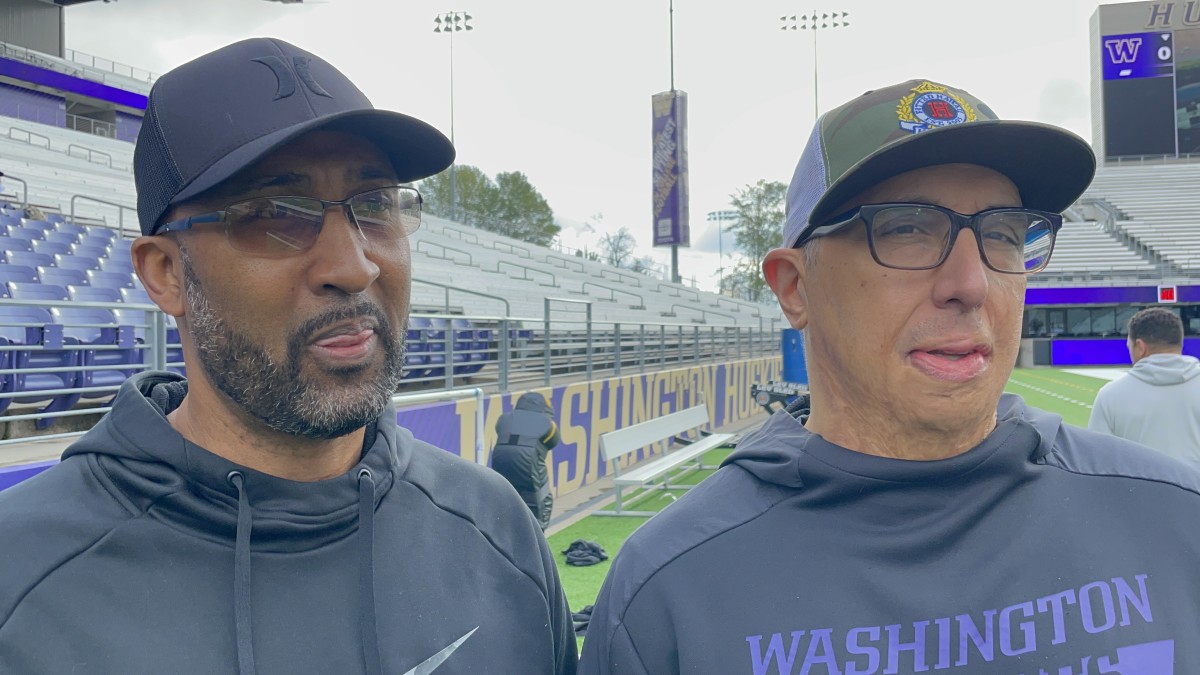 The husky football king attends the UW’s spring training No. 14 by invitation

Under a threatening sky, Dana Hall and Shane Pahukoa once again stood side by side at Husky Stadium, more middle-aged men than University of Washington football players, and shared a bond they will never lose.

They were football kings, as good as anyone in the college game when they played three decades earlier. They were a Husky cornerback and a free safety, both 6ft 3 and 210lbs and taller than most.

They made up a starting secondary half for UW’s 12-0 national championship team in 1991, both NFL-tied, and respectively first- and second-team All-Conference selections, collegiate teammates forever.

On Thursday, as these two watched the Husky’s 14th Spring Training session from the sidelines, new trainer Kalen DeBoer walked up to them and gave them a warm welcome. He would introduce this pair to the current Huskies.

“We like what we see,” Hall said. “I’m excited about it. I haven’t been here for several years. The coach got in touch and wants to connect everyone.”

After practice, Hall, 52, a former Los Angeles-area junior college and high school coach, spent almost half an hour speaking passionately about the tradition, dedication and responsibility that comes with being a husky football player.

Exactly 30 years ago to the day, Hall endured a long but memorable ordeal to become the 18th player drafted by the San Francisco 49ers in the NFL. He spent six years in the league, playing for the Cleveland Browns and Jacksonville Jaguars, too.

“I was just thinking about that,” he said. “There are some people who were here last year who are into needles and needles. You’ll want to see your name on the first day of the draft. But it doesn’t matter if it’s the first day or the last.

“Anyone who gets a chance to play in the NFL from the University of Washington is an asset.”

Pahukoa and Hall share national title rings and multiple Rose Bowl victories, but they’re also members of a husky fraternity that they continue to be proud of.

“You can start naming them, the trailblazers before us and then the guys after us,” Hall said. “These guys are really good. A DB comes out of U-Dub every year.”

And some of them come back to Montlake too.

Go to si.com/college/washington to read the latest Husky FanNation stories as they are released.

Not all stories are published on the fansites.