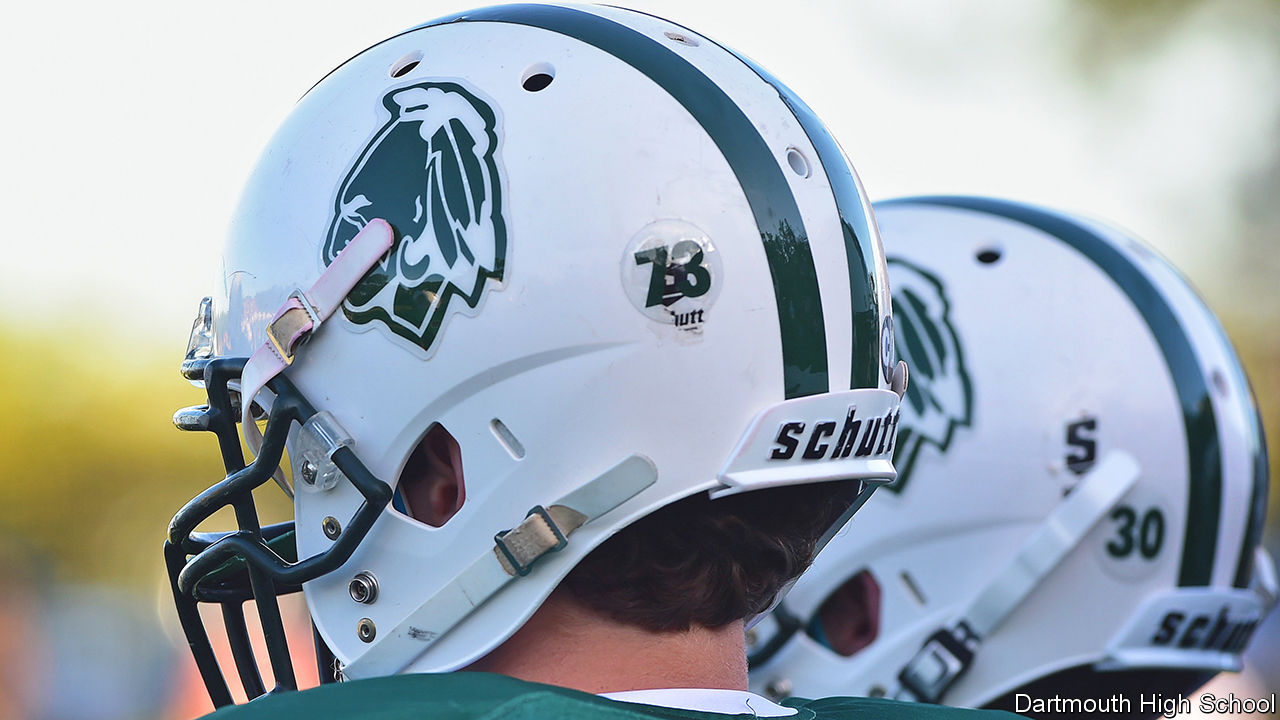 The debate about Native American-style team names is local

WHAT GUARDIAN and commanders have in common? Both project enough moxie for sports fans to flock behind, and neither is obnoxious. The Commanders are the former Washington Redskins, an American football team; The Guardians are the baseball team once known as the Cleveland Indians. They are the latest examples of scrubbing the imagery of Native Americans out of organized sports. In a video, voiced by Tom Hanks, Cleveland’s name change is portrayed as a progression of history, from racism to justice. For some Indians this is not so easy.

Brenda Bremner, former executive director of the Confederated Tribes of Siletz Indians, has a closet full of Warriors and Braves shirts. Her parents met at Chemawa Indian School in Salem, Oregon, and her father played for the Chemawa Braves. “We proudly wore Native American logos,” she says. In 2017, it became illegal for Oregon public schools to have Native American mascots, logos or team names, but an exception — requested by Ms. Bremner — allowed schools to keep their mascots by making agreements with local tribes . Eight school districts did this.

A similar law is now before the Massachusetts Senate, and the city of Dartmouth is wondering what to do with its high school team, the Indians. Is the Indian logo racist (causing “shame, horror and harm,” as critics said at a school board meeting this week)? A non-binding referendum is planned for April 5th.

The Pocasset Wampanoag tribe, who lived in the area when the Pilgrims landed in 1620, is divided on the issue. The Mashpee Wampanoag Tribe opposes the Dartmouth Indians logo. But 22 members of the Aquinnah Wampanoag tribe signed a letter defending him. The picture was drawn by a tribe member. “The symbol is disrespectful,” Aquinnah’s Sean Carney said at a previous March 8 school board meeting. In a separate letter, the Aquinnah leader said the ban seeks to eliminate Aboriginal people from “contemporary culture and society.”

Mr. Carney has no love for the Redskins or for Chief Wahoo, the Cleveland Indians’ cartoonish mascot. The harmful effects of these types of images on students are well documented, which is why Maine banned such mascots in 2019, and why a new Colorado law fines any public school with an unacceptable Indigenous-themed team name or logo $25,000 a month occupies June. But the Dartmouth Indian is not Chief Wahoo.

Nationwide bans are a clumsy instrument. What many tribes want above all else is meaningful consultation on decisions supposedly made on their behalf. The local approach has proven itself. Athletes at the University of Utah continue to call themselves Utes, with the consent of the real Utes, in exchange for lesson plans and scholarships for tribal members. The situation is similar with the Seminoles of Florida State University. Prejudices are the problem, says Ms. Bremner, “and you don’t get prejudices without education”.

For exclusive insights and reading recommendations from our correspondents in America, sign up for Checks and Balance, our weekly newsletter.

This article appeared in the US portion of the print edition under the heading “Pride and Prejudice.”

World Cup qualification: the end for “Tata” Martino? The US could beat Mexico for the fourth straight year