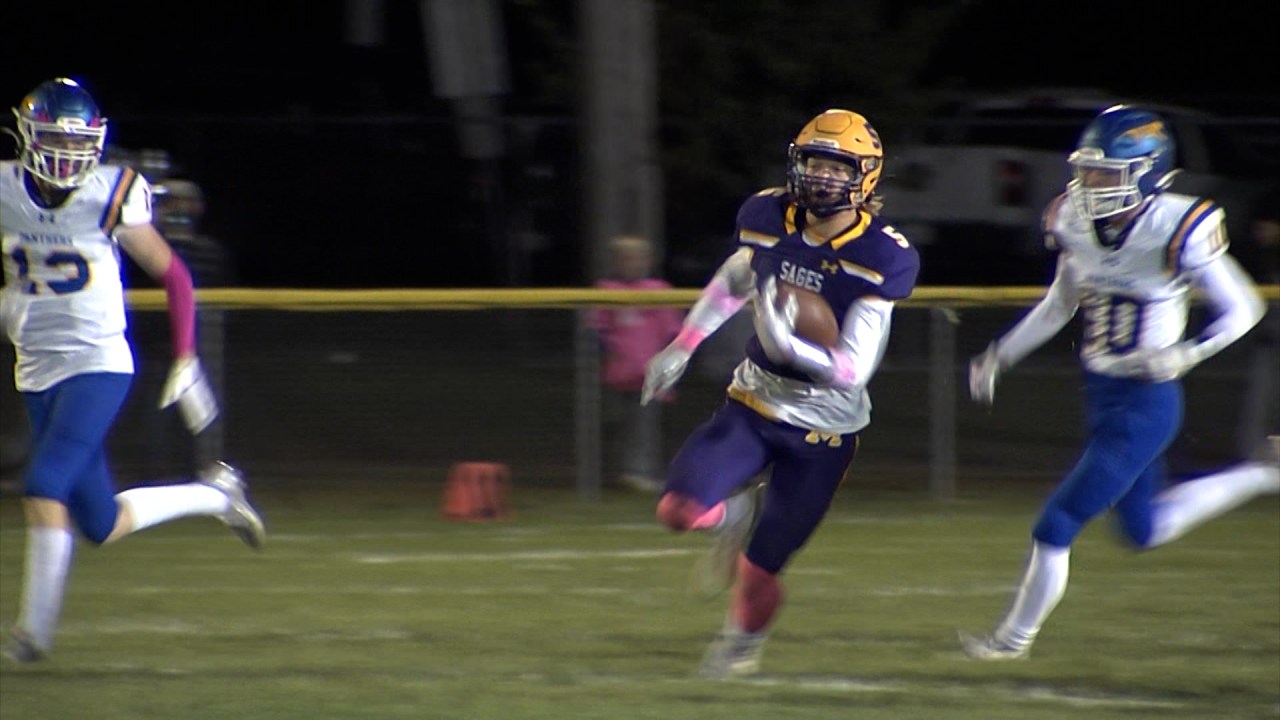 MONTICELLO (WCIA) — Whether he‘s taking backkicks into the end zone on the gridiron or throwing 91mph at the mound, Monticello’s Luke Teschke has unique skills that set him apart.

“This year he has become a kind of Swiss army knife for us,” said Monticello head coach Cully Welter about Teschke. “We can play him at receiver, we can play him at running back, he’s our backup quarterback. He has a good arm.”

“Whatever Coach Welter wants from me, I’ll do my best, go in and give 100 percent,” Teschke said.

The standout junior has played football and baseball his entire life but will focus solely on the diamond at the next level, who is already committed to playing for Illinois State. Before he becomes a Redbird, however, his versatility is put to good use for the Wise Men after the team completed 14 seniors from last year’s roster.

“I think football helped baseball more, just the strength and conditioning and the speed,” he said. “Obviously speed helps me on the base trails or out here on the field when I’m trying to run past defenders or whatever.”

And having that outlet for freshman quarterback Drew Sheppard certainly made a difference.

“He’s the Swiss army knife, he can do anything,” Sheppard said. “He’s in the backfield, he’s in the slot, he’s in the wideout. And having a guy like that on the team can really open up a lot of opportunities.”

With five wins in Week 9, Monticello is in a different place than it used to be. Normally, the Wise Men have already secured a six-win playoff berth by this point, but Welter is confident the team’s playoff points will be enough to seal their ticket regardless of Friday night’s result. Welter has led their teams to the playoffs for the past 26 straight seasons.

“A lot of people know this record is coming in,” Sheppard added. “It was one of my personal goals to lead this team to the playoffs.”

To secure that postseason spot, Monticello must beat Unity 7-1 in Tolono in Friday’s Football Fever Spotlight Game of the Week.

Doug Diedrich is retiring after 31 seasons with Castle football programs