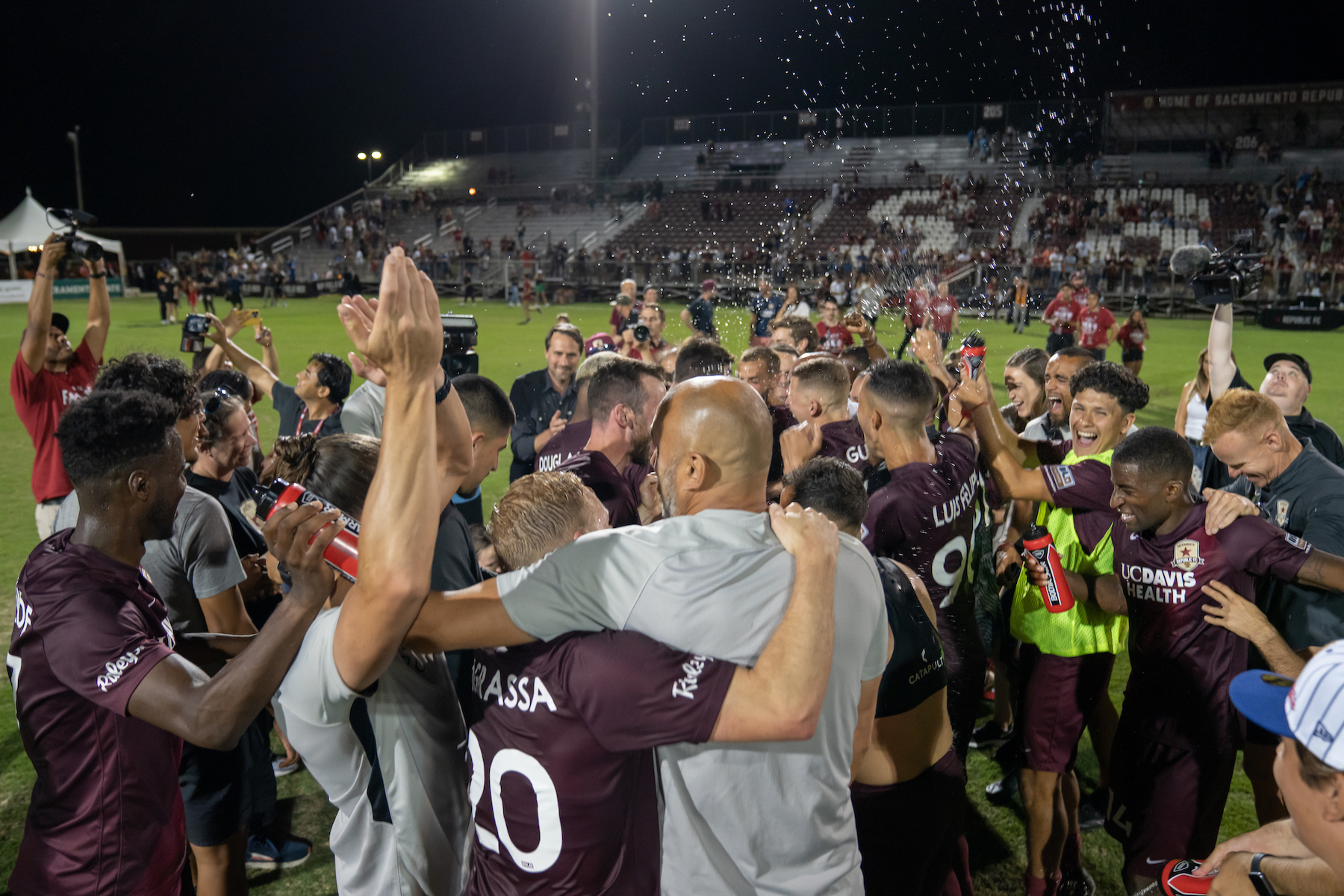 Sacramento’s Republic and the Echo of the Rhino

An underdog run in the Open Cup is defined by its end.

The mice are always roaring. Each year. Amateurs anger pros and minor league pros shock Major League Soccer‘s elite. But an end is suspected. That spot in the sand where heels dig in, make an impression and set the benchmark for future leaps.

This year marks the first time since 2008 and only the second time in the tournament’s modern era that a team from outside the MLS’s fenced walls has reached the final. And here ends the fairytale run of USL championship runners-up Sacramento Republic — in heartache, tinged with justifiable pride, or in the rarest kind of ecstasy.

All we can do is reflect on a question posed by the team’s head coach, Mark Briggs.

“We’re here to compete against the best,” he said 40-year-old BriggsMastermind, alongside GM and former Open Cup winner Todd Dunivant, the Cinderella run that has Sacramento one win away from becoming the first American minor division team to secure a spot in the CONCACAF Champions League. “That’s why everyone plays the game and that’s why I coach it.”

“You could say we had some swagger back then,” said then-Rhinos boss Pat Ercoli of that run 23 years ago that set the standard for modern open-cup shocks. “It was a great achievement and, in my opinion, well deserved – and we did it while a lot of people were talking rubbish [about us].”

Major League Soccer was a very different proposition in the last year of the 20th century than it is today. There was exactly one soccer-specific stadium (in Columbus, where Rochester defeated the Rapids for the Open Cup trophy), a DP was a concept yet to be explored in detail, and league minimum salaries were near the poverty line.

Many of the Rhinos players weathered the outdoor season in their A-League before spending winters amid the echo and bash in the arenas of old MASL with the likes of Cleveland Crunch and Baltimore Blast. It hardened her. Made her fearless. Full of self-confidence. Playing nearly a hundred games a year, there was a well-deserved attitude among the Rhinos that any day they could do better than any of the newly anointed clubs in MLS (founded in 1996).

“We always thought we had a chance no matter who we played against. And we had a chip on our shoulder and we wanted to show the MLS teams what we could do,” said Scott Schweitzer, the New Jersey native who best embodied the courage and rampage of these 1999 rhinos.”