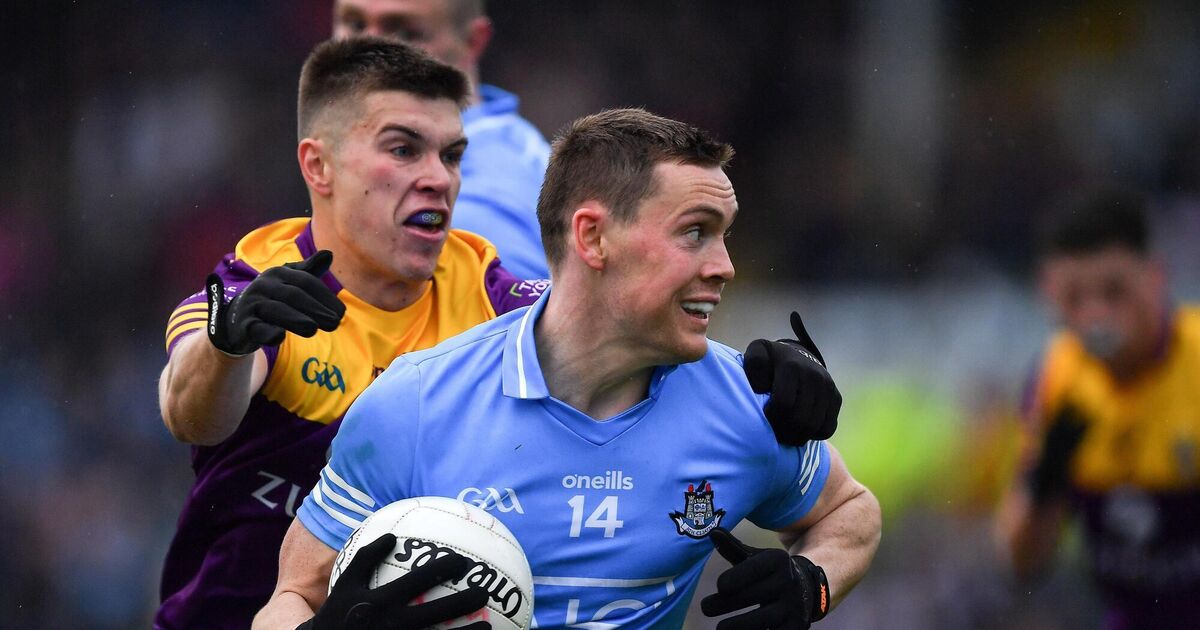 Con O’Callaghan says rumors linking him to a slingshot switch earlier in the season are “nonsense” and has admitted he is “waiting to return to football duty in Dublin”.

The six-time All-Ireland winner missed the National League with ankle problems and scored 6-1 on his comeback against Wexford in the Leinster Championship, adding 2-0 in Meath’s loss on Sunday.

A rejuvenated O’Callaghan has proved the pick-me-up for a Dublin side who have struggled in the league and suffered relegation to Division 2.

During O’Callaghan’s absence, there was once a strong rumor that he was about to link up with the Dublin Hurlers, managed by Mattie Kenny, who piloted a Cuala side with O’Callaghan around 2017 and 2018 back-to-back All – Win Ireland title.

“Sometimes people would come up to me and tell me I go to the slingshots — that was the first time I heard about it,” Con said of the rumours. “Most of what is said is nonsense.”

O’Callaghan said the reality was he was out for several months due to an injury he sustained in a Challenge game against Roscommon in January.

“We had a challenge game the week before the first league game, that set me back,” King Con said. “I thought it was just a little knock, maybe a little bruise, but after a few weeks it didn’t get any better.

“Injuries are part of sport and you can be very unlucky, something harmless can hurt you and that’s what happened to me.

“It wasn’t a quad distortion or a fatigue injury, it was a bumpy pitch in January where the weather sucked and I fell over a little lump and hurt my ankle, so yeah the more you play the more likely it is. “

The enforced break could prove to be the work of O’Callaghan, who has played high-pressure club, collegiate and county games in both codes for many years.

“I love playing football, the more I play the more I enjoy it,” said O’Callaghan. “We’ve also had a lot of great days with the club and people would sometimes say, ‘Oh you’ve been away for so long’, but if I didn’t want to be there I just left. I wouldn’t be staying with it.

“Coming back with Dublin this year I felt really good. I really wanted to go back as soon as possible. Maybe the break could do some good in the long run, but who knows?”

O’Callaghan spoke at the Cuala clubhouse at the launch of the Support4Drummo jersey swap fundraiser.

Dublin teams, with support from sponsor AIG, will wear specially commissioned kits in their upcoming games to highlight a fundraising campaign for O’Callaghan’s former clubmate Sean Drummond, the 2018 Cuala Senior Footballer of the Year who suffered life changing head injuries in a road accident in London the following year.

“He was a year older than me, we would have played all the way up together,” said O’Callaghan. “I think he got full marks on his leaving cert, he was a really focused guy, played minor with him and played alongside senior and he was a massive leader on our team.”

O’Callaghan’s own ailments and beatings over the past nine months or so – he was struggling with a knee injury late last year – are relatively trivial by comparison, although they sidelined him for longer than expected.

On his return, the vice-captain received a boost.

“It’s a great honor but the most important thing is that we have leaders all over the pitch and in the dressing room,” said O’Callaghan.

That lead will be needed on Saturday midweek against Kildare in the Leinster final.

“I think they’ve scored over 20 points or 20 points a game in the last five or six games,” said Kildare’s O’Callaghan.

“They bring a big threat up front and then defensively they’re very tight at the back, they’re very physical so yeah it’s going to be a big challenge. It’s mostly about getting our performance right, that’s who we are.” I’ll watch it and get the full 70 minutes right.”

To donate to the Sean Drummond Trust visit https://www.gofundme.com/f/support4drummo