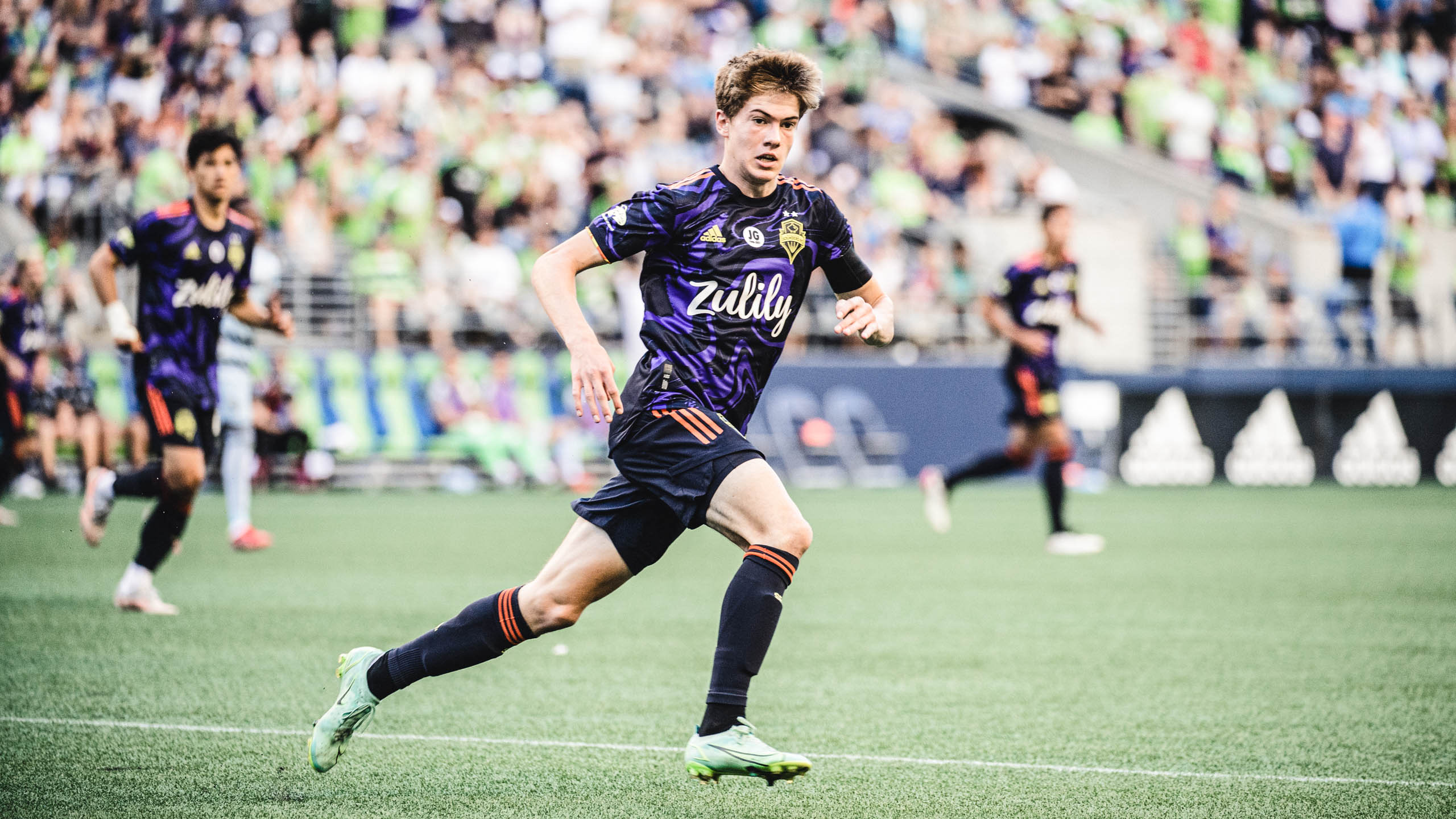 The future is bright for the Seattle Sounders.

US Soccer on Friday announced the squads for the upcoming international youth tournaments, with Sounders midfielder Reed Baker-Whiting and Tacoma Defiance defender Stu Hawkins called up to the U-19 and U-17 teams respectively.

Baker-Whiting, 17, has made two appearances for Rave Green in MLS play in 2022, including a start away at Real Salt Lake in March. A technical, versatile player capable of appearing in numerous midfield spots, Baker-Whiting has one goal, one assist, eight key passes and nine interceptions in 13 starts with Defiance this year.

The US U-19s travel to Slovenia from September 16-18 where they meet Malta, Croatia and Scotland in the Slovenia Nations Cup.

Hawkins, 15, is an exciting centre-back who has established himself as a consistent contributor to the youth national team. After a breakthrough tournament when the Sounders Academy U-17s won the Generation adidas Cup, Hawkins has started to work his way into the Defiance rotation in MLS NEXT Pro. The Fox Islander native has started four games with leading Western Conference player Defiance, has three interceptions, 16 clearances, a 100 percent tackle success rate and completed 91 percent of his pass attempts.

In preparation for February’s Concacaf Championships 2023 – which will serve as the region’s qualifying tournament for the FIFA U-17 World Cup 2023 – the USA U-17 players will travel to the Czech Republic from 16-26 September. The Stars & Stripes meet U-18 teams from Slovakia, Germany and the host country in the Vaclaz Jezek tournament.

Baker-Whiting and Hawkins, two of the best prospects currently making their way through the club’s development pipeline, joined the Sounders Discovery Program and progressed through the Academy before signing professional contracts.

You can learn more about the Sounders Academy HERE.