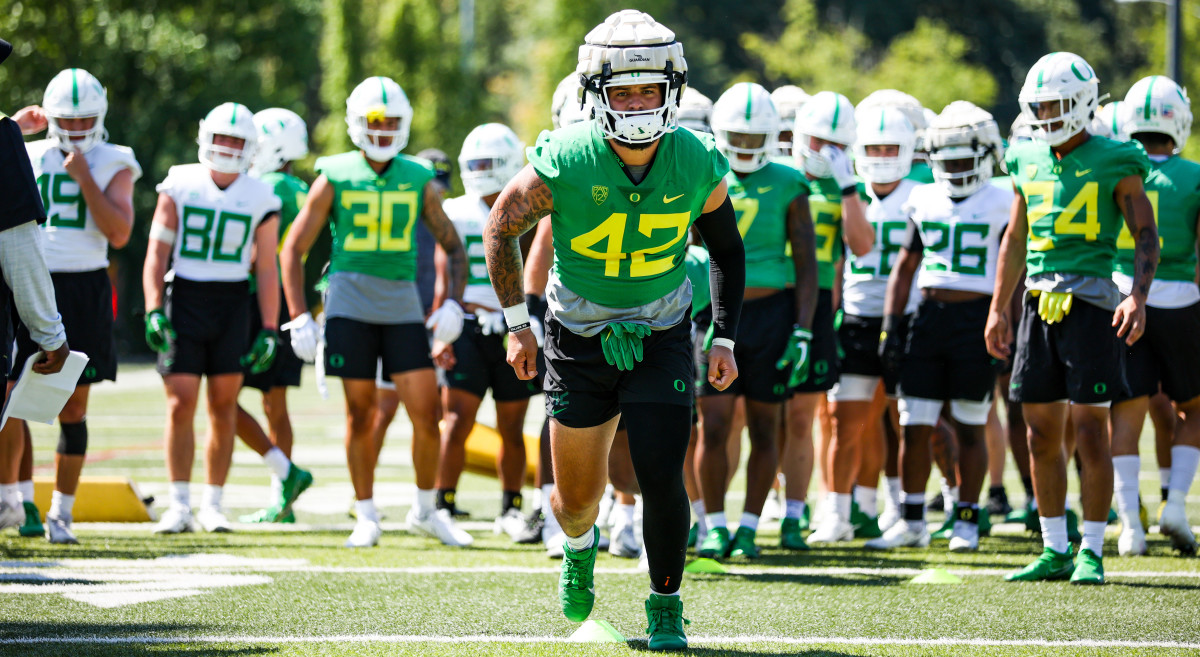 The 2022 college football season is upon us. As such, more pre-season polls and rankings will continue to be released.

*Note about AFCA Coach Survey*: The USA TODAY Sports AFCA Football Coach Survey is conducted weekly during the regular season with a panel of 65 head coaches at schools in the Football Bowl Subdivision. The panel will be selected by random drawing, conference by conference and independent individuals from a pool of coaches who have indicated their willingness to participate to the American Football Coaches Association. Each coach submits a top 25, with first place being worth 25 points, second place being worth 24, and so on up to one point for 25th place.

The Oregon Ducks fell just outside the top 10 spots, finishing 12th in the poll. The Utah Utes claimed the highest spot of any Pac-12 program after Kyle Whittingham brought the school’s first conference title back to Salt Lake City in 2021 .

There was a familiar face at the front, with the Alabama Crimson Tide holding a notable lead over 2nd-ranked Ohio State. Nick Saban and the Tide received a staggering 54 first place votes, while the Buckeyes (5) and Georgia Bulldogs (6) were the only other schools to receive first place votes.

Kirby Smarts Bulldogs, Oregon’s first opponent on the schedule, were seeded at No. 3 after winning the national title last season. The Clemson Tigers (4) and Notre Dame Fighting Irish round out the top five.

USC was the only other Pac-12 school to crack the top 25 coaches poll, with the Trojans finishing 15th after a 4-8 season and welcoming new head coach Lincoln Riley.

Other Oregon opponents who didn’t make it but received votes include the BYU Cougars (152) and the Oregon State Beavers (2).

Join the discussion in our forums HERE