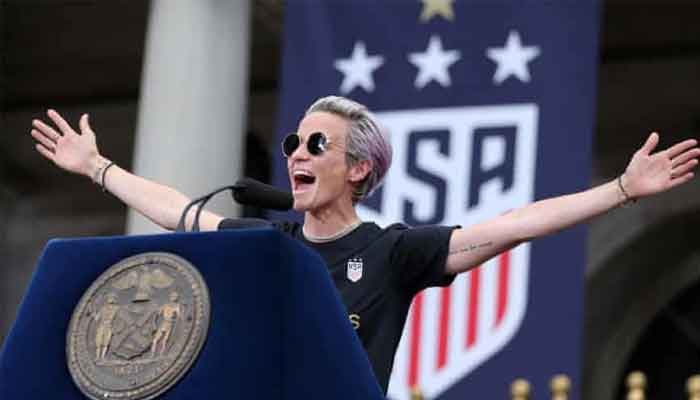 Soccer stars Megan Rapinoe and Jessica McDonald stripped their cleats and walked the red carpet at the premiere of the documentary “LFG” at the Tribeca Film Festival, which tells the story of the US women’s national team’s struggle for equal pay.

The players sued the U.S. Football Association in 2019 on allegations of gender discrimination in compensation and almost every other aspect of playing conditions.

Months later, they won a fourth World Cup for the United States when fans chanted “equal pay” in the 2-0 final win over the Netherlands.

Last year, a judge dismissed players ‘claims that they were underpaid compared to the men’s national team and denied the players’ appeal weeks later until the terms of service were settled.

On Thursday’s red carpet, Rapinoe said she hoped women would see each other in the film.

“We obviously know that not everyone can stand where I am with this microphone and a movie,” said Rapinoe. “But so many people, so many women all over the world are going through exactly the same things that we are going through.”

McDonald, who had a son in 2012, said she was thrilled to be part of the film. “I felt like the world should know, hey, that’s what we’re going through, especially as mothers.”

The title of the film comes from the team’s collective call before a game – “Let’s F’ing Go”.