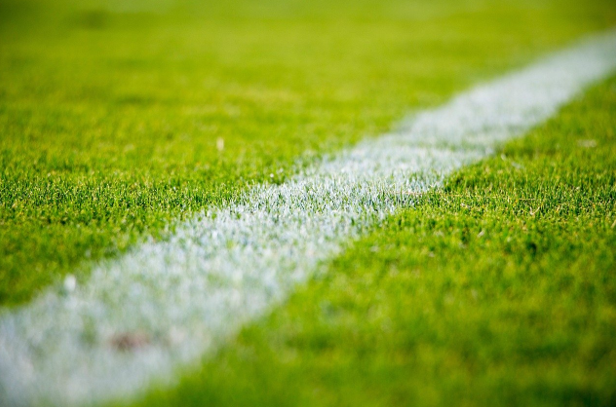 the US Soccer Foundation, Adidas and Etihad Airways – announced that a new mini-soccer field is opening in Harlem’s Colonel Charles Young Playground, a park named after a pioneering African-American Army officer, cartographer, teacher and diplomat.

The mini-pitch is part of the five-year partnership to build 50 community spaces in all five districts by the end of 2021.

This mini-pitch is unique because it was created and designed in collaboration with Black Players for Change (BPC) and Black Women’s Player Collective (BWPC) – two independent organizations run by black players that specialize in combating racial injustice in society and focus in the game of football.

BPC and BWPC members plan to visit the site frequently and develop long-term relationships with the youth programs offered in the park.

BPC and BWPC unite as one voice in a new video that can be seen here: https://blackplayersforchange.org/Together.

â€œIt is inspiring to announce and learn a project like this on a pivotal day in Black Soccer history. It is extraordinary to see BPC and BWPC come together to stand up as one voice in partnership with the US Soccer Foundation and NYCFC while continuing our work to create avenues of justice in our game, “said Quincy Amarikwa, Founder and Director of Strategic Partnerships for BPC. “A big thank you to the Mayor’s Fund, Adidas and Etihad, who are committed to a long-term vision and recognize the value of these forward-thinking organizations.”

â€œWe are overjoyed to have this mini-pitch installed at Colonel Charles Young Playground in Harlem. The BWPC aims to share the blacks’ experience with the general public while making the sport of football increasingly accessible to the BIPOC communities, â€said Imani Dorsey, BWPC board member. â€œThis pitch, its location and its coming together in time for Juneteenth mark an unprecedented celebration of the blackness in the football community that we are proud to be a part of. Thank you to the tireless work of the US Soccer Foundation, NYCFC, Mayor’s Fund to Advance New York City, Etihad Airways, and Adidas in realizing the vision we and BPC had for this pitch and bringing it to life with it everyone can enjoy it. “

Brad Sims, NYCFC CEO commented: â€œToday, June 10th, we are so proud to introduce our newest community mini-soccer field in Harlem with NYCFC partners Black Players for Change (BPC) and the Black Women’s Player Collective (BWPC). This pitch will help us continue to provide free football, safe playgrounds for young people and shed light on the need for equality in all neighborhoods. Dedicated to the need for change, this new pitch is the latest addition to our larger New York City Soccer Initiative, which will see 50 mini-pitches built in underserved areas across the five boroughs by the end of 2021. We are proud to be part of such a diverse city and to represent it. We are committed to making impactful and ongoing change across New York City and will continue to promote an inclusive culture that is aligned with our core values â€‹â€‹of equality and respect. “

Launched in 2016, NYCSI was the first public-private partnership of its kind, valued at $ 3 million, to create and maintain 50 mini-pitches across the city over five years and the free soccer program to 10,000 young New Yorkers to expand. This pitch is 42nd to be completed – all 50 are expected to be installed this fall.

Free programming – including that from the US Soccer Foundation Soccer for success Department of Youth & Community Development (DYCD) and NYCFC’s program City in the Community (CITC) Youth program – will run in all of these locations.

These programs aim to further break down the play barriers for children of color and those who live in underserved communities, as well as connecting children with coach-mentors and teaching vital life skills.

The Colonel Charles Young Playground mini-pitch is the third mini-pitch that BPC and BWPC have partnered with to give black children better access to the game.

Two sites in Hawthorne and San Diego, California were opened earlier this year as part of an a Initiative with 12 mini-playing fields led by the two groups in partnership with Adidas, Musco Lighting and the US Soccer Foundation. The ten other pitches will be completed this year.

The partners will also work to ensure that the pick-up areas are open and that there are opportunities for high-quality football programs, such as that of the US Soccer Foundation Soccer for success Program that also seeks to remove obstacles to the game and use the game to teach important life skills and healthy habits.

“We’re proud to open this new mini-pitch on June 15th in a park honoring a prominent Black Army officer,” said Ed Foster-Simeon, President and CEO of the US Soccer Foundation. “Through these partnerships and our work, we want to ensure that every child – regardless of their race – has the opportunity to play our game and has role models who look like this on and off the field.”

â€œIt is an extraordinary achievement and a moment to celebrate to create safe spaces like these mini soccer fields where all the children can play, train and exchange ideas. Thank you to the US Soccer Foundation, New York City Football Club, Adidas and Etihad Airways for bringing the gift of football to communities across our city, â€said Daniele Baierlein and Jorge Luis Paniagua Valle, Co-Executive Directors of the Mayor’s Fund to Advance New York City. â€œWe would also like to thank the Black Players for Change (BPC) and the Black Women’s Player Collective (BWPC) for their dedication to this project and their creativity in designing the newest pitch. The grand opening of this mini-pitch on the Colonel Young Playground, in a neighborhood marked by civil rights history, brings us one step closer to redirecting the arc of equality back towards justice for all. “

“We are excited to welcome this new mini-soccer field to the Colonel Charles Young Playground as we commemorate June 16 and honor the Black Experience in New York City,” said Mitchell J. Silver, FAICP, NYC commissioner Parks. â€œThe mini playground will expand access to recreational opportunities and serve as a resource for the Harlem community. We thank the New York City Football Club, the US Soccer Foundation, Black Players for Change, the Black Women’s Player Collective, and everyone who has come together to make this possible. “

A grand opening of this Harlem mini-pitch and other park improvements will take place in the coming weeks.

Black Players for Change (BPC) is an independent 501 (c) (3) organization comprised of over 170 black players, coaches and MLS staff who work to bridge the racial equality gap that exists in society.

BPC is committed to fighting the racial injustices that prevent blacks from getting their fair share of football and society.

Among its many goals, the organization seeks to draw attention to human rights inequalities, from protests to programs, partnerships and policies that address systemic discrimination.

The Black Women’s Player Collective (BWPC) is a non-profit organization that promotes the image, value and representation of black women as athletes and leaders in business, industry and public and private institutions.

The BWPC currently consists of 43 black women attending the NWSL as of 2020 and aims to bring a common voice to the black perspective and experience of a professional sportswoman amid the perpetual and ubiquitous racial inequality and social injustice that plague our country .

New York City Football Club (NYCFC) is an American football team that competes in Major League Soccer (MLS) in the Eastern Conference of the League.

Announced as the league’s 20th franchise on May 21, 2013, it is the first and only MLS club in the five boroughs of New York City.

NYCFC started its first MLS season in March 2015 and is majority-owned by the City Football Group (CFG).

In 2019, the club took first place in the Eastern Conference and qualified for the Concacaf Champions League 2020 for the first time in the history of the franchise.

NYCFC’s academy includes teams aged U-12 through U-19 and was the first academy in the country to win consecutive national titles at the U-19 level.

NYCFC proudly supports the City in the Community (CITC) Foundation to harness the power of football to empower communities; One of the programs, the New York City Soccer Initiative (NYCSI), is the first public-private community partnership of its kind, opening 50 mini-soccer fields in underserved neighborhoods of NYC in five years. Facebook.com/NewYorkCityFC

The Mayor’s Fund to Advance New York City is a 501 (c) (3) nonprofit that works with 50 civic agencies and offices, 300 institutional donors, and 100 community-based partners.

The Mayor’s Fund works in partnership with business and philanthropic communities to advance initiatives that improve the lives of residents in all five boroughs.

It tries to develop promising, evidence-based models; assess the effectiveness of new public programs and policies; bring innovative solutions to scale; and respond to the city’s emerging needs by building public-private partnerships.

Chirlane McCray, First Lady of New York City, chairs the Board of Directors of the Mayor’s Fund.

In addition, the Mayor’s Fund has an advisory board made up of prominent citizens and business leaders who advise and support the board of directors. Follow Mayor’s Fund @NYCMayorsFund on Twitter and subscribe to its newsletter here.

The US Soccer Foundation programs are the national model for youth athletic development in underserved communities.

Since its inception in 1994, the foundation has established programs that have been shown to help children lead an active and healthy lifestyle while promoting their personal growth beyond exercise.

Its cost-effective, high-impact initiatives provide safe environments for children and communities to thrive in.