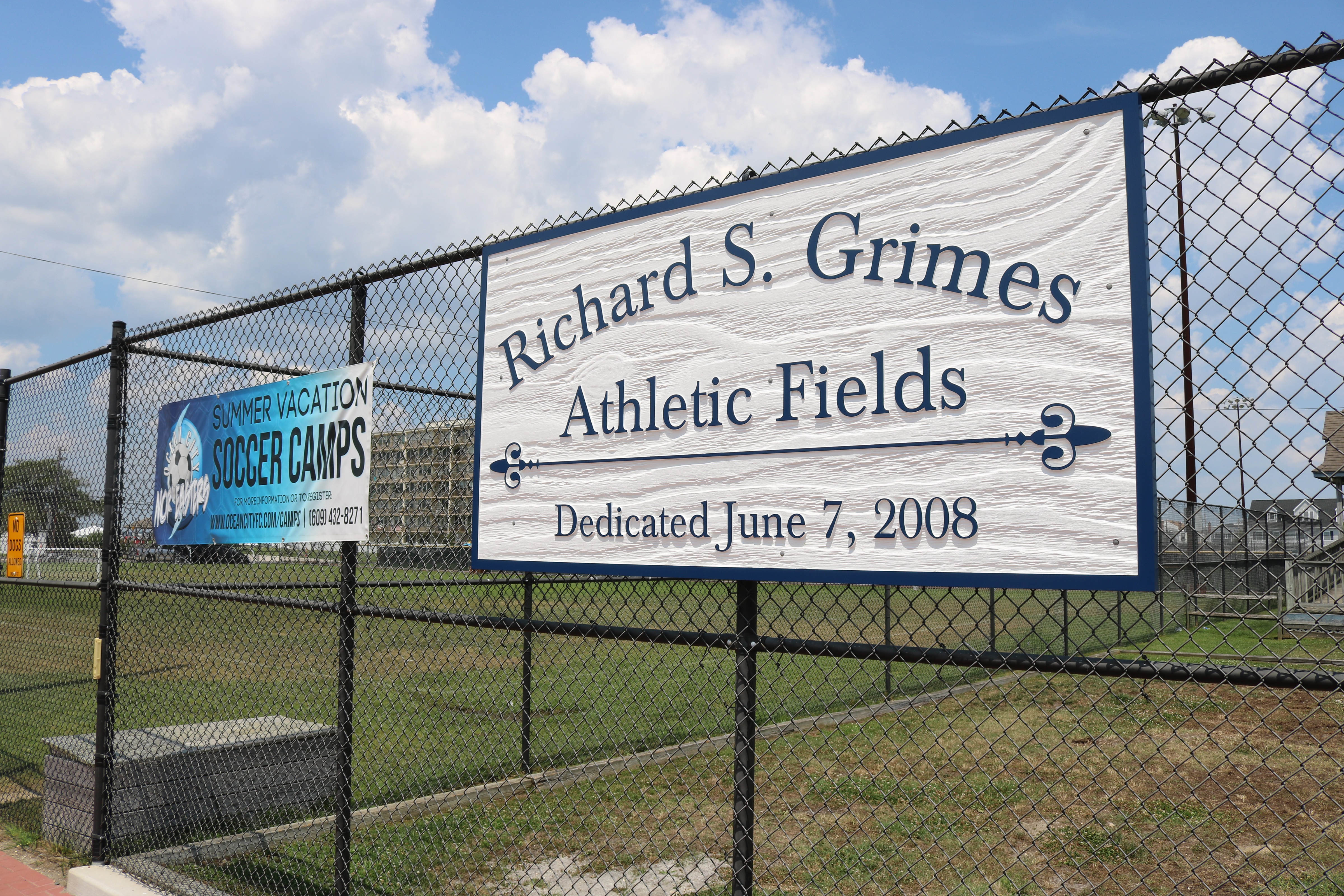 The Richard S. Grimes Athletic Fields complex is one of the most important hubs for Ocean City’s athletic community.

It serves as the home stadium for the Ocean City High School baseball team, which capped an incredible run in 2021 by winning the Group III state championship.

But the complex’s location in a low-lying area off Bay and Haven Avenues between Fifth and Sixth Streets often means the grassy patches get muddy or soggy.

Now city officials are discussing plans to overhaul the site for more than $4 million, which would include regrading and raising the field to make it less prone to rain or flooding. New amenities are also being considered, including better grandstands and bathrooms.

“We want to improve it. We will look at the lighting, the stands and the toilets. We also want to look at other options and amenities, including the layout and configuration of the field,” City Business Administrator George Savastano said in an interview Thursday.

During a city council meeting Thursday night, one of the supporters of the Jr. Raiders youth football program urged city officials to improve the drainage system at the Grimes complex to get rid of the water that makes the fields so wet.

“Right now the conditions are at least very bad,” said Laura Wheeler, whose husband is a volunteer coach for the Jr. Raiders, a feeder program for the high school football team.

Wheeler told council members that the fields are so wet that the Jr. Raiders have not been able to train at the Grimes complex for days. Instead, they practiced on the beach, she said.

In response to Wheeler’s comments, Savastano stated that Mayor Jay Gillian’s administration wanted to come up with some concepts for the complex’s facelift. These concepts are then presented to the City Council and the public for feedback.

“What we want to do is flesh out these concepts,” Savastano said in an interview after the council meeting.

The sports complex was named in 2008 in honor of the late community leader, recreation advocate and mentor Richard S. “Dick” Grimes. Grimes was 96 when he died in 2014. His local accomplishments included helping organize the Ocean City Youth Athletic Association in 1956 for baseball. He was also actively involved in developing basketball and soccer programs for youth.

Looking ahead, Savastano said it’s possible that the Grimes complex will be renovated in 2023. The city has estimated in its capital plan that the project would cost around $4.2 million.

The city council would need to formally approve a funding ordinance to fund the project, which is expected to happen in early 2023, Savastano said.