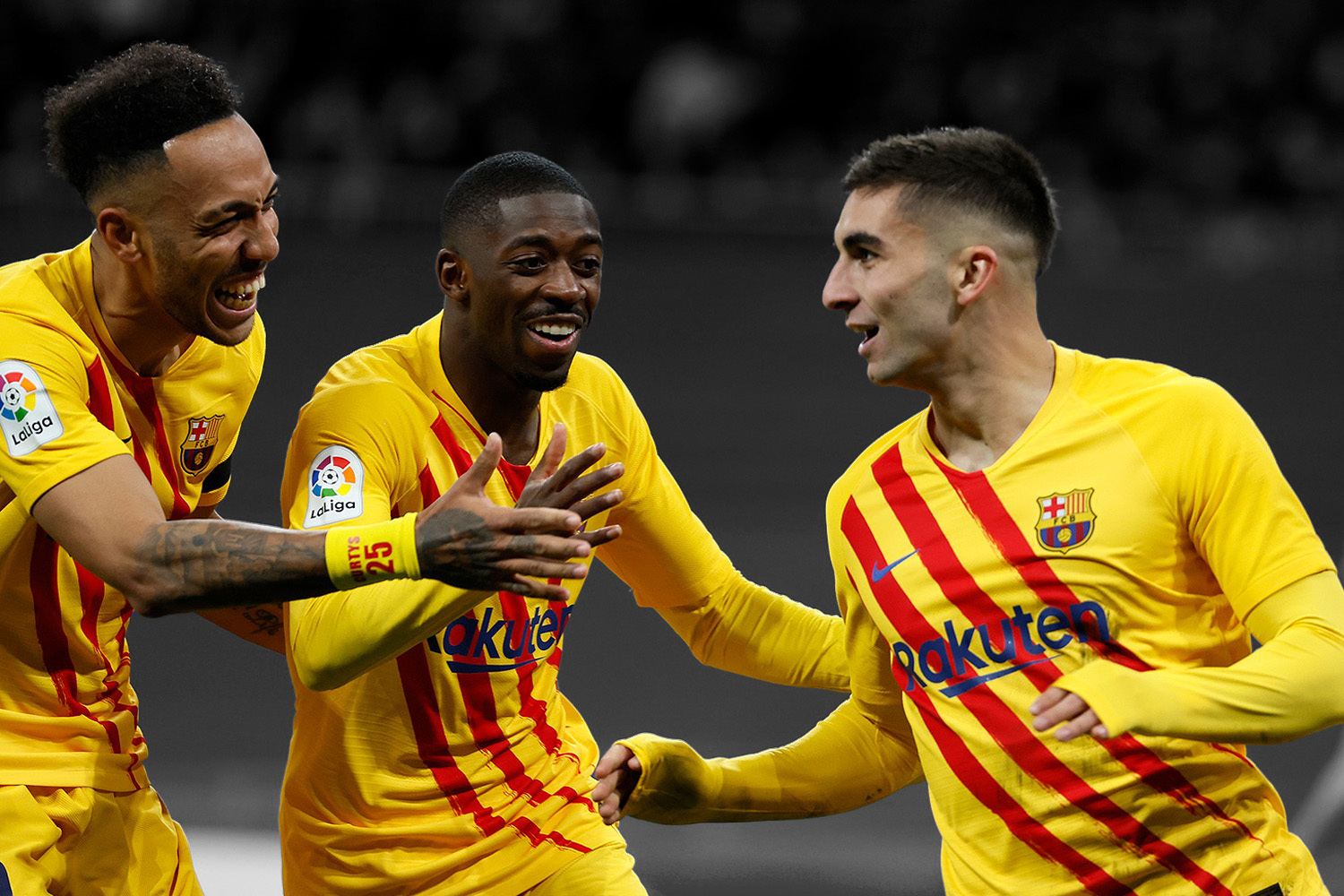 I’m at the La Liga headquarters in Madrid, a few feet away from the league’s president, Javier Tebas, and he‘s clearly happy with how things are going.

He just closed a landmark deal with CVC Capital Partners last December. The British private equity firm invested $2.3 billion in the league for an 8% stake in a new company that will hold La Liga’s broadcasting rights revenue for the next 50 years.

“We think we can grow our club in five years, which would have taken 20 years,” he says.

The investment is part of the big vision he has for the league – one in which La Liga is the dominant global force in football. At the very least, he would like La Liga to be the second most popular football league in any country after their domestic league.

The idea is not implausible.

“In 2013 many clubs went bankrupt. They owed the state 800 million euros, the players 190 million euros – we reversed that,” says Tebas. “We went from financial problems to an investment by one of the most important private equity firms in the world. They invested because they know they will get their money back.”

Not everyone is happy about the CVC investment

La Liga clubs have guidelines on how they are allowed to spend their allocated portion of CVC investments: 70% on infrastructure (e.g. stadium renovations), 15% on debt servicing, 15% on player signings . 37 of the league’s 42 clubs voted in favor of the agreement in December.

One club waived a decision and four clubs voted against, led by Real Madrid, Barcelona and Athletic Bilbao.

The CVC deal is “an illegal transaction that causes irreparable damage to the entire Spanish football sector and blatantly violates the most elementary principles of Spanish sports law and La Liga statutes,” the three clubs said in a statement filing a lawsuit in this announced matter.

La Liga countered: “Real Madrid CF’s decision was a predictable response given the club’s history of frontal opposition and appeal against any strategic initiative that represents a step forward and a boost for the competition and its clubs.”

The Royal Spanish Football Federation, the national governing body for the sport, joined Madrid, Barca and Athletic’s lawsuit against La Liga in February.

This isn’t CVC’s first encounter with this kind of tension.

Similar deals with Italy’s Serie A and German Bundesliga fell through in recent months. However, earlier this week the company completed a $1.6 billion deal for a 13 percent stake in a commercial Ligue 1 subsidiary that will control the broadcasting rights of the French soccer league.

Although Barcelona beat Real Madrid 4-0 and the stadium never erupted as if the home team had scored, the atmosphere was special – a huge crowd fueled with passion I’ve never seen at live experienced sports.

Disney is betting that energy will translate to a US audience, specifically its 21.3 million ESPN+ subscribers.

“We have more football than ever in the United States. Last year, ESPN broadcast 5,400 games in the US alone, including 380 LaLiga games exclusively,” Rodolfo Martinez, ESPN’s Vice President of International & Deportes Production, told me in Madrid.

Back in the States, I had a separate conversation about the La Liga deal with John Lasker, ESPN’s VP of digital programming.

ESPN+ doesn’t share viewership numbers, but Lasker said that March’s El Clásico was “the most engaged, most watched football game we’ve had on the platform.”

“The investment [in La Liga] pays off in many ways,” he continued. “For us, it’s an anchor tenant — a long-term investment in establishing ourselves as the essential subscription service for football fans here in the United States.”

Part of the credit for the ESPN+ partnership goes to La Liga North America, which brokered the deal.

Rather than leave US growth to chance, La Liga North America – a 15-year 50/50 joint venture with Relevent – is fully dedicated to building the league’s brand on that continent. The media rights deals signed in the US and Mexico last year are the league’s most lucrative outside of Spain.

“The La Liga North America team has in-depth knowledge of the market, deep connections on the broadcast and sponsor side, and can help move the business forward much better and faster than they could have done on their own,” the CEO of the told me Ventures, Boris Gartner, on a call.

Gartner also said the company generates $10 million each season from U.S. sponsors alone, which is a fraction of the league’s global revenue. He expects growth to “explode” on all fronts as we approach the 2026 World Cup in North America.

Of course, the Premier League is still the most attended soccer league in the US and La Liga’s toughest competition when it comes to achieving real dominance in the field.

In Spain, I asked Tebas if surpassing the popularity of the Premier League in the US is a realistic goal. “Yes, that’s the goal,” he said. “That’s why we work every day – and not just to beat the English Premier League. We want to get bigger.”