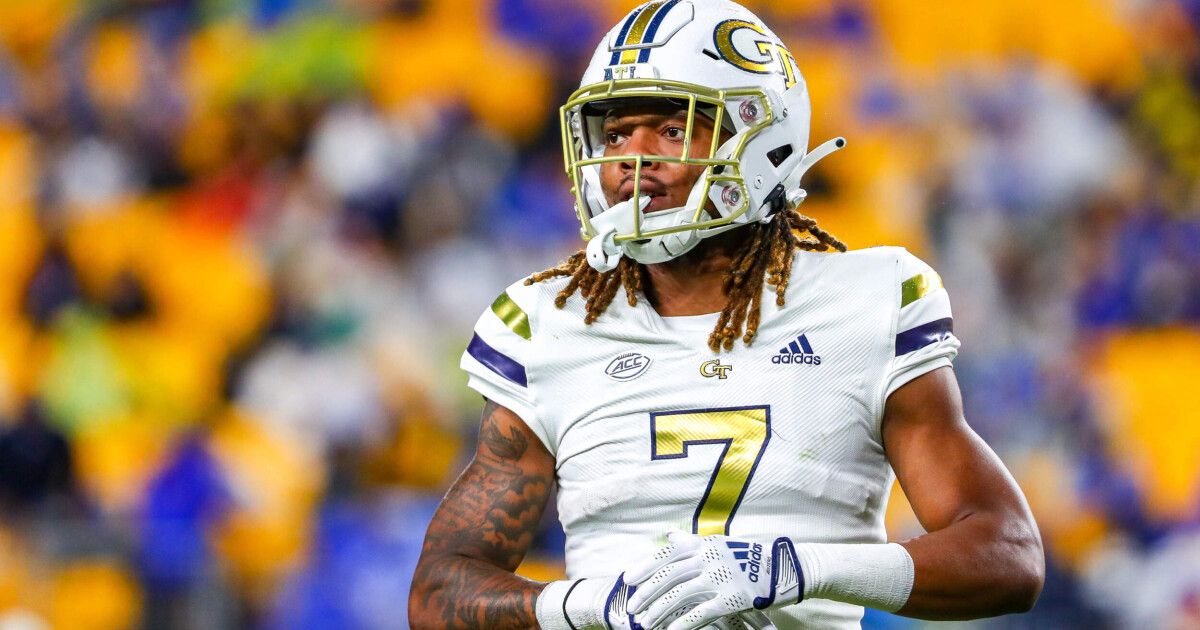 LB Charlie Thomas (1-up) is the only NCAA Division I FBS player this season and one of only three FBS players since 2000 with up to 70 tackles, eight tackles for loss, one sack, two interceptions, two fumbles recoveries and a forced fumble through his team’s first eight games of the season.

• Georgia Tech opens the final month of the regular season and wraps up a two-game stint when it visits longtime Atlantic Coast Conference Coastal Division rivals Virginia Tech on Saturday.

• The Yellow Jackets (3-5, 2-3 ACC) lost straight ACC games for the first time this season but remain fourth in the Coastal Division, just a half game behind second-placed Duke (2- 2 ACC) and Miami (2-2).

• Virginia Tech (2-6, 1-4 ACC) is running a four-game sled under first-year head coach Brent Pry. However, three of the Hokies’ six losses have come with a score or fewer, including last Thursday’s heartbreaking 22-21 loss at No. 24 NC State. In that contest, VT led the Wolfpack 21-3 late in the third quarter before NC State rallied for the one-point win.

• Georgia Tech is making its first trip to Virginia Tech since 2018 as the team’s regularly scheduled matchup in Blacksburg in 2020 was canceled due to the Covid-19 pandemic.

• The Jackets have won three straight games at Virginia Tech’s Lane Stadium (2014, 2016 and 2018). When Georgia Tech defeated VT, 49-28, at Blacksburg in 2018, the Yellow Jackets became the first team to win three straight at Lane Stadium since Clemson won five straight at Virginia Tech from 1977-1989 (the feat was since by Clemson and Miami, both of whom have matched GT’s current three-game winning streak at VT).

• Georgia Tech continues to be home to perhaps the best linebacker duo in all of college football in r-Sr. Ayinde Eley and Sr. Charlie Thomas, who have recorded a whopping 152 tackles, 17.5 tackles for loss, 4.5 sacks, four forced fumbles, four fumble recoveries, seven passes defended and seven quarterback rushes this season.

In a joint effort, Georgia Tech, the Georgia Tech Foundation, Georgia Tech Athletics and the Alexander-Tharpe Fund have joined forces to accelerate scholarship funding for students and athletes with the launch of the Competitive Drive Initiative. The initiative begins with the Accelerate GT Match Program, where every new donation to AT Fund’s Athletic Scholarship Fund made through December 31 is matched dollar for dollar by the Georgia Tech Foundation, up to $2.5 million . Should Accelerate GT reach its fundraising goal of $2.5 million, the gift would result in a $5 million impact to Georgia Tech Athletics. To learn more and contribute online, visit atfund.org/accelerate.