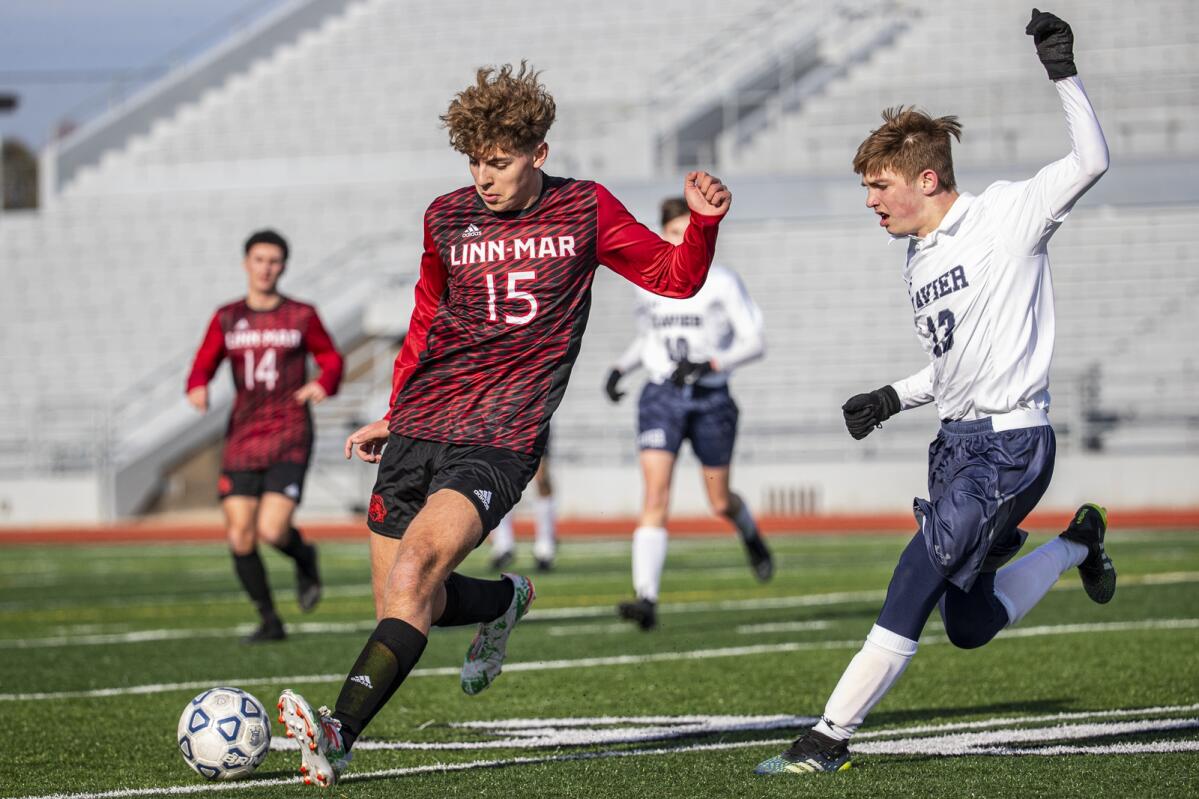 Iowa High School Soccer returns this week, and this year we only had to wait about 10 months.

Here are five questions and some Gazette-region players and teams to watch as we enter the 2022 season.

What’s next for Cedar Rapids Xavier?

He is replaced by Sho Takaoka, an assistant coach for the past three seasons who has played for and trained with Hadzic at Mount Mercy. Expect the Saints to be Class 2A contenders again.

“I know that physically I will not be there every day, but I will always keep my Xavier family in my heart,” Hadzic said in a press release.

Will the latest programs more than hold their own?

The days when new football programs automatically competed against established schools could be over. Of course, failures remain, but the depth of talent is increasing.

In his sophomore varsity season, North Fayette Valley (14-5) defeated second-place finisher Dyersville Beckman to get into the standing last season. Cascade (7-5) ended his freshman season with a winning record, and Clayton Ridge (5-6) almost did it.

This year we welcome Sigourney-Keota to the pitch. The Cobras’ first game is Tuesday at Monroe PCM.

By doing IHSSA Provisional Listing, Solon is a class 2A program. Last year’s team was ranked No. 4 in Class 1A but lost to No. 3 Iowa City Regina in the Substate Finals.

Vinton-Shellsburg is listed in Class 1A after a 15-1 season in which they rose to No. 2 in the Class 2A rankings before suffering their only loss to Waverly-Shell Rock in the Substate Finals. The Vikings must replace eight high-ranking starters who helped make the fledgling program a winner.

How will the new state tournament format work?

The boys’ national soccer tournament is still a three-game-in-four-day grind for the finalists, but it’s not three games in three days, and that’s an improvement.

The girls’ and boys’ tournaments are held the same week at Cownie Soccer Park in Des Moines, with the boys playing on June 1 (Quarterfinals), June 3 (Semifinals) and June 4 (Finals). Fresher legs at the end of the week should make for games more like the season.

What games are there in April?

Here are a few in the area that have my attention.

Cedar Rapids Prairie in Iowa City West, April 5 — Two of MVC’s best meet early in the season. Last year’s game went into overtime and was the Trojans’ only loss before the state finals.

Marion at Cedar Rapids Xavier April 9th – A repeat of last year’s state quarterfinals, which the Saints won 1-0. Both teams can resume this position in June.

Iowa City Regina in West Liberty, April 28 – The River Valley Conference does not sponsor football and these two members did not play last year when both were Class 1A semifinalists.

Jahsiah Galvan, Sr., West Liberty — First Team All State. Sixth in state (all classes) with 37 goals and 11th with 18 assists for a Class 1A state semifinalist. Northern Iowa Football Commitment was also a second-team All-State defensive back.

Carson Jeffery, Sr., Cedar Rapids Xavier — All-state first-team goaltender for last season’s Class 2A state champion. Has not conceded a goal in any of the team’s three tournament wins. He made 58 saves and conceded 13 goals against a 3A-heavy schedule.

Juan Mateo, Jr., West Liberty – The second-team All-State forward ranked eighth in the state (all classes) with 34 goals for a Class 1A semifinalist. Also had 15 assists.

Mitchell Naber, Sr., Dyersville Beckman — A total of 11 goals and eight assists for a team that finished second in Tier 1A. First Team All-Wamac East.

Michael Nelson, Jr., Iowa City West – The first-team All-MVC Valley midfielder played a key role as a sophomore for the Class 3A runners-up team. He scored 14 goals and had five assists.

Aidan Neumann, soph., Cedar Rapids Prairie — Started all season as a freshman in goal, making 60 saves while allowing just 13 goals for a second-ranked team in Class 3A. Honorable Mention All-State.

Trysten Vasquez, Sr., Cedar Rapids Xavier – First All-State Team and First All-MVC Valley defensive back for a team that has not conceded a goal in three state tournament wins. Also an All-State first-team kicker in football. Committed to playing football at Central College.

Cedar Rapids Prairies – Two All-State selections and two more honorable mentions are back from a team that finished 2nd in Class 3A and made the state tournament for the fourth time in six seasons.

Dyersville Beckman — Beckman was stopped short of state last year and loses just three high-ranked starters by finishing a team that finished 2nd in Class 1A.

Iowa City High – Three first-team All-Conference picks in Aaron Rutherford, Matthew Brown and Ben Horwitz are returning from a Substate finalist who finished 8th in Class 3A and lost to eventual state champion Pleasant Valley by a late goal.

Iowa City Freedom — Last year’s team went 9-8 and showed a lot of promise, especially towards the end of the season with just one older starter.

Iowa City Regina – A state tournament series was extended to 13 seasons last year with just two seniors on the starting lineup. 65 percent of the team’s goals come from within, but players like second-division side Kaleab Wendy (16 goals, 10 assists) can continue to produce.

Marion – The top two scorers are gone, but nearly everyone else has returned from a state tournament team that has won nine straight games after a 3-6 start, including first-team All-Wamac East players Jordan Fischer and Austin Kochan

Solon – A team that finished 4th in Class 1A and put Iowa City Regina on penalties in the Substate Finals has all but two starters returned.

western freedom – Two All-State forwards are back to lead a program that has made Class 1A semifinals for the past two seasons.

Barcelona vs. Real Madrid: At the Camp Nou, the women’s teams will write the next chapter in Spain’s greatest rivalry