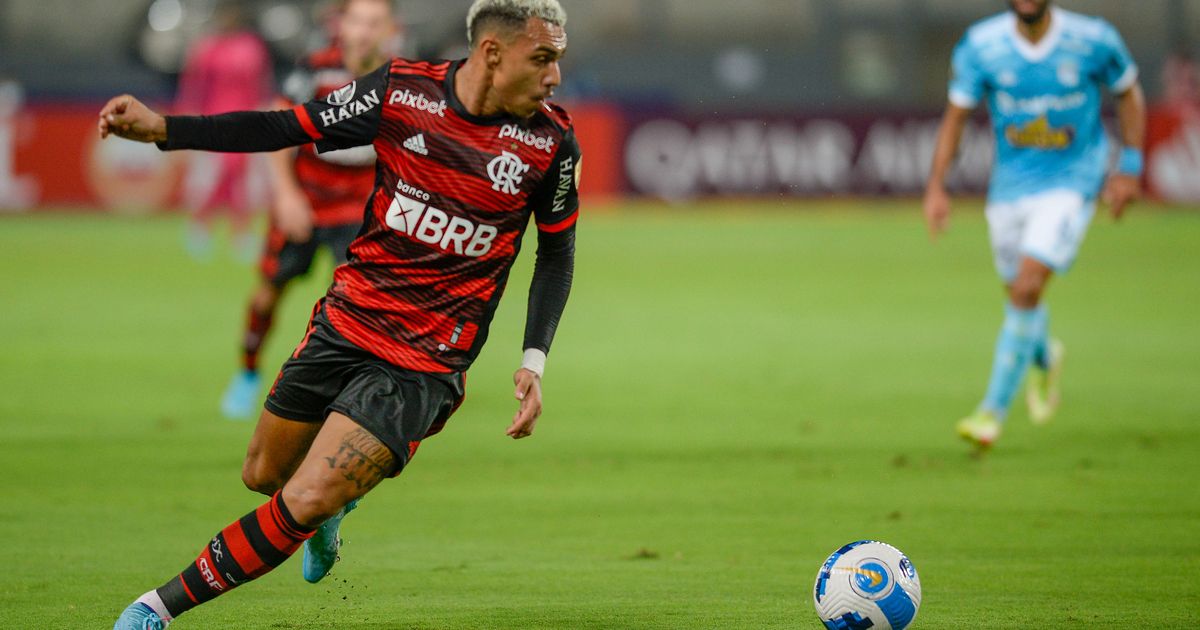 A US soccer boom began with the 1994 World Cup being hosted here and the subsequent formation of Major League Soccer, followed by US success at the Women’s World Cup. The Men’s World Championship will next return to the United States, Canada and Mexico in 2026, adding more domestic momentum.

Whether there is room in the hearts of American consumers for even more football brands is a matter of debate among football marketing pundits. In general, they see ample opportunity for a Brazilian club to attract Latinos and Hispanics, particularly in cities like Orlando, Miami, New York and Boston with higher concentrations of Brazilians.

“When I think of Flamengo, I think of a growing Hispanic and Latino community across the United States that has a significant interest in football,” said Jon Stainer, chief executive officer of Nielsen Sports Americas, which specializes in sports media evaluation and fan insight deals. “Liga MX has capitalized on this really well with strong broadcasting rights and helping shape competitions with MLS clubs.”

But as US soccer also grows behind a thriving MLS and a minor league called the USL gains a foothold in smaller cities, “the pie could get smaller,” said Fred Matthes, a former DC United executive and founder of FM Professional Football Consulting.

“The new MLS team in Charlotte had 70,000 fans coming to their first game. That could make it increasingly difficult for foreign clubs to come and break into a market,” he said. And while the level of play in the US professional leagues is still below that of its international neighbors – Flamengo would ‘crush’ an MLS team on the pitch, Fathi claims – the standard of play is improving, as are elements such as development programmes.

Barcelona, ​​Real Madrid and Chelsea owe much of their reputations in the United States to brand academies that teach football to American children, Matthes said.

International clubs have an advantage over US league teams because they are not bound by regional marketing restrictions or necessarily top-down league rules that apply to domestic clubs, Brennfleck noted.

“When you’re the Dallas Mavericks, there’s a circle around your arena that expands—a radius in which you’re allowed to be active with your partners. It cannot be a national platform by definition,” he said. “European clubs also have complete control of their kingdoms as a franchise: you control your player picture rights, you control merchandising and licensing rights – all these things are tools that the international clubs have and their US counterparts don’t. ”

John Guppy, founder of Gilt Edge Soccer Marketing, an agency specializing in soccer, said he was somewhat skeptical about Flamengo’s ability to become a major US sports brand. His company’s most recent survey of US soccer fans, conducted in November, found Flamengo to be the 32nd most popular soccer club brand in the US (the top five were Barcelona, ​​Real Madrid, Liverpool, Manchester United and Chelsea respectively) .

“If you ask the average football fan how much Brazilian football they’ve watched in the last 10 years, the answer is practically zero,” Guppy said. “In the US it’s a four-horse race: there’s the MLS for obvious reasons. Liga MX is by far the most watched on TV, and then you have the top European leagues: the Premier League and La Liga. All media investments are behind one of these four leagues.”

“There’s a demographic to football fandom where you can draw the line at 40 and under,” Guppy explained. “If you’re 40 or younger, you basically grew up with football. You had MLS and international play was accessible to you. And if you’re over that age, you haven’t. That’s a huge difference; Anyone older than millennials really doesn’t belong in the football demographic.”

These younger fans, who tend to follow the NFL and NBA in addition to international pro football, “like global narratives and they like star power,” Guppy said. “They are in love with the individual athlete. The NBA has demonstrated just that. And when [soccer star] Neymar is moving to a new club, the fans will change their interest.”

Read more: How the revived XFL is trying to create a ‘League of Culture’

According to Guppy, this phenomenon underscores some of the disadvantages of Flamengo’s marketability. His star players are routinely drawn to top European clubs to chase their dreams, “and that’s not going to change anytime soon,” he said. Flamengo’s squad includes a mix of very young stars and Brazilian professionals who have ended their careers in Europe.

However, a movement is underway to build strength and resilience for clubs in Brazil. According to Fort, there is growing interest in creating a Brazilian league, which would be something of a South American equivalent to organizations like the British Premier League or Spain’s La Liga. Currently, Brazilian clubs are overseen by a national sports federation, which is similar to US soccer, and as a result, individual teams are “not as organized or as professionally run as those in Europe and the United States,” Fort said. He’s at one Group that has ambitions to get an investor to buy 20% to 25% of the commercial rights to launch an independent league and provide television coverage, which he says is “just a fraction of what she can be.”

American football fans differ from their European counterparts in that they have relationships with multiple clubs, Guppy noted.

“One of the things we keep hearing from our research is when you ask people in England about their fan base, they say ‘I’m a Southampton fan.’ If you ask an American, they’ll say, ‘I’m a football fan,'” he said. “They identify first and foremost with sport and will tell you below how these passions come to life. So they’ll tell you they’re from Seattle and they like the Sounders. Their favorite player is Messi so they follow Barcelona and are now interested in PSG [Paris St. Germain]. The Premier League is on my house because my kids watch it and that’s why I’m leaning towards Arsenal. They pick, on average, four or five teams that they have an affinity with.”

While they won’t reveal what Flamengo is behind its efforts to establish itself, Sportfive executives shared their big ambitions.

Dortmund, who hired Sportfive in 2018, provides a possible blueprint. When their partnership began, the club’s US Twitter account had around 30,000 followers. Buoyed in part by the signing of a US player, Christian Pulisic (who now plays for Chelsea), that following grew to 2 million, surpassing follower growth and engagement compared to his Bundesliga peers.

Finally, Flamengo would love to land a US sponsor to capitalize on their assets in the Americas, although the club only recently landed a three-year main shirt sponsorship with BRB, a Brazilian bank.