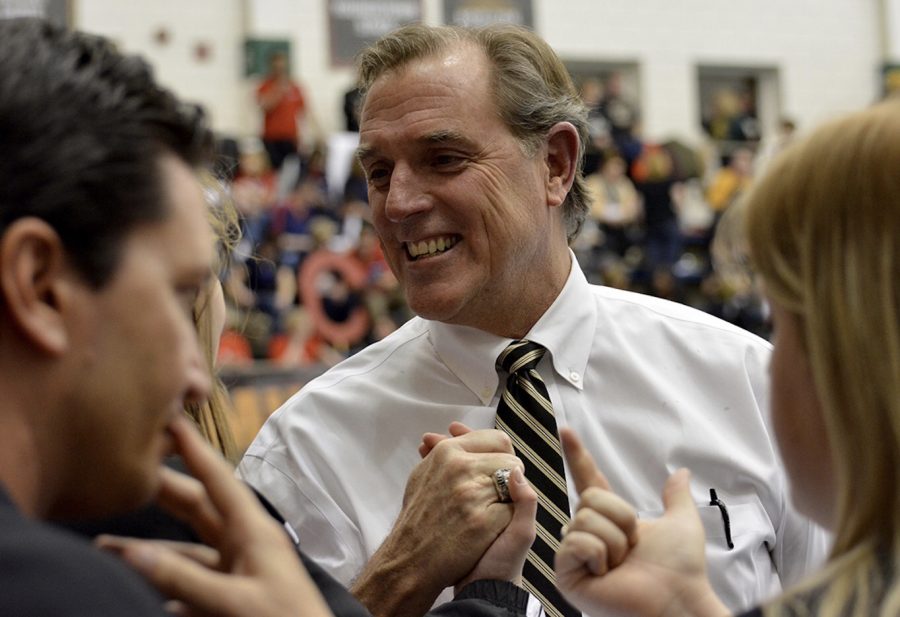 The 2021–22 season was Pete Hovland’s 42nd as head coach of the swim and dive teams. Hovland led both the men’s and women’s teams to the Horizon League Championships, with the title marking the ninth consecutive combined championship for both teams.

Along with Hovland, men’s soccer coach Eric Pogue was also named Horizon League Coach of the Year. Pogue led the men’s soccer team to a 12-7-2 overall record, and the team also posted an 8-1-1 record in conference.

The Golden Grizzlies won seven of their last eight regular season games under Pogue to earn the Horizon League regular-season title. After the championship, Oakland continued to stay hot in the conference tournament, where they went 2-0 against UIC and Cleveland State to secure both the regular-season and tournament titles.

Pogue then led the team to the NCAA tournament. However, hopes of a Cinderella run were dashed in the first round when the Golden Grizzlies lost 2-1 to Northern Illinois. Despite the loss, it was still a remarkable season for the Oakland men’s team and Pogue played a big part in the team’s success.

The spring sports season was particularly successful for Oakland.

The team did just that. Oakland won both the regular conference season and conference tournament titles.

Karn led the team to an 18-7 record in the Horizon League regular season, earning first place in the conference tournament. The team advanced into the championship game before achieving what last year’s team could not and defeating Robert Morris 5-4 to capture the tournament title and ticket to the NCAA tournament.

Alyssa Gaudio joins the long list of Coaches of the Year for her impressive leadership of the women’s golf team. As is usual with many Coach of the Year winners, Oakland won the Horizon League championship thanks to Gaudi’s leadership.

Gaudio played a big part in the Golden Grizzlies’ success, but much of the credit can also go to Amalia Shahzan. Shahzan was one of the star players on the winning team and led Oakland to the championship.

Jordon Banfield became the fifth Oakland coach to win the league’s Coach of the Year award after a very successful baseball season. Oakland finished the year with an overall record of 31-27, marking its first winning season of the 21st century.