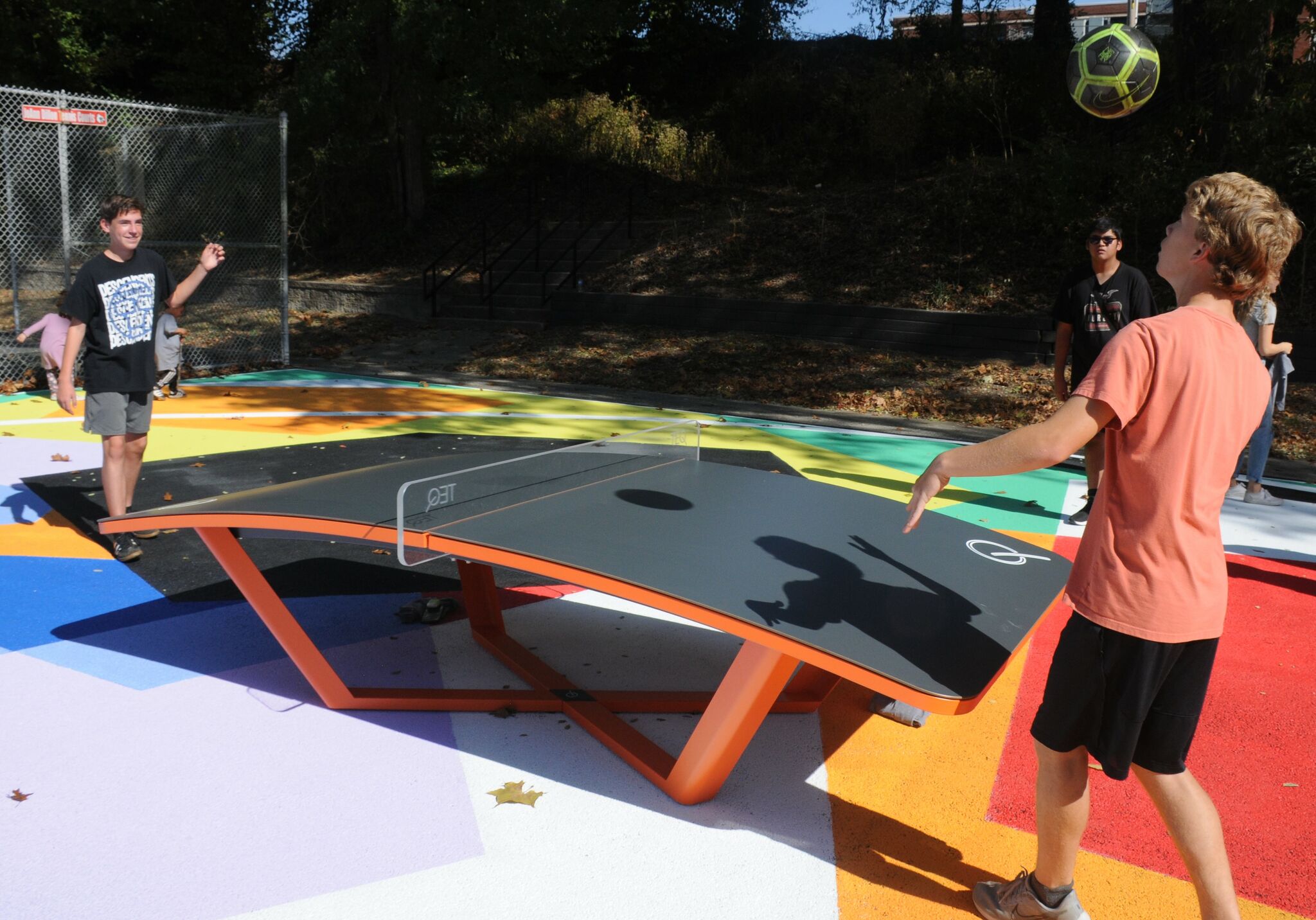 ALTON — Alton celebrated fun and games on Saturday when a miniature soccer field was officially dedicated at Rock Springs Park.

The $120,000 course, about the size of a tennis court, was funded by the Alton-Godfrey Rotary Club. It provides a place to practice soccer skills in a smaller space, and its location adjacent to Alton Middle School provides a great opportunity for school-age youth to take advantage of the facility.

Damian Jones of Student Athletes Leading Tomorrow (SALT), the organization spearheading the project, said the mini pitch facility is part of a US Soccer Foundation national program that is taking soccer to new places.

“This is intended to bring football to cities where space is at a premium and a full-size football field may not be an option,” Jones said. “These mini pitches are perfect for revitalizing areas that may be underused and for bringing play to cities so kids have a safe place to play.”

Jones said the timing was perfect to open the mini-pitch football field.

The facility also features a teqball table. Fans of the hybrid sport of football and table tennis are aiming for inclusion in future Olympics. Several young soccer players from the region tried out the specially curved table for the first time on Saturday to experience the new sport for themselves.

Teqball was founded in Hungary in 2012 and can be played with two or four players. Teqball allows players a maximum of three touches before bouncing the ball back to the opponent, so those who are skilled at juggling a soccer ball should also be good at teqball.

“When Damian Jones first pitched this to us as an idea for one of our club’s projects, we were already convinced,” Williams said. “The Rotary Club does a lot for our children, so there was a ‘yes’ from the board before they even made their case.”

Alton Mayor David Goins was delighted to welcome the new sporting opportunity to the town.

“This is a tremendous addition to our community and I applaud Damian Jones for his vision and leadership and all the people who supported it to make it a reality,” Goins said. “It doesn’t take up much space at all, and that’s the cool thing.”

Local soccer players and coaches were on hand Saturday to try out the mini-pitch, and Alton High School girls soccer coach Gwen Sabo said it was a win-win for the community.

“It’s going to help get younger kids excited about football, and when players start at a younger age they develop more skills and get more excited about the game,” Sabo said. “That’s going to seep in and help us out in high school, and the middle school now has a co-ed football team as well.”

Olympic gold medalist Jackie Joyner-Kersee, who is from East St. Louis, was a special guest at Saturday’s dedication and told those gathered that the mini-pitch was a great addition to the community for several reasons.

“It will give our young people the opportunity not only to learn how to play football, but also how to win in life,” Joyner-Kersee said. “Talk about a great facility and you have Alton Middle School upstairs so kids can come down and play.”

“Participating in sports can help you set goals and learn to work together and be strategic,” Joyner-Kersee said. “It makes a difference when you have people giving their time and their treasure, and they do that at Alton.”