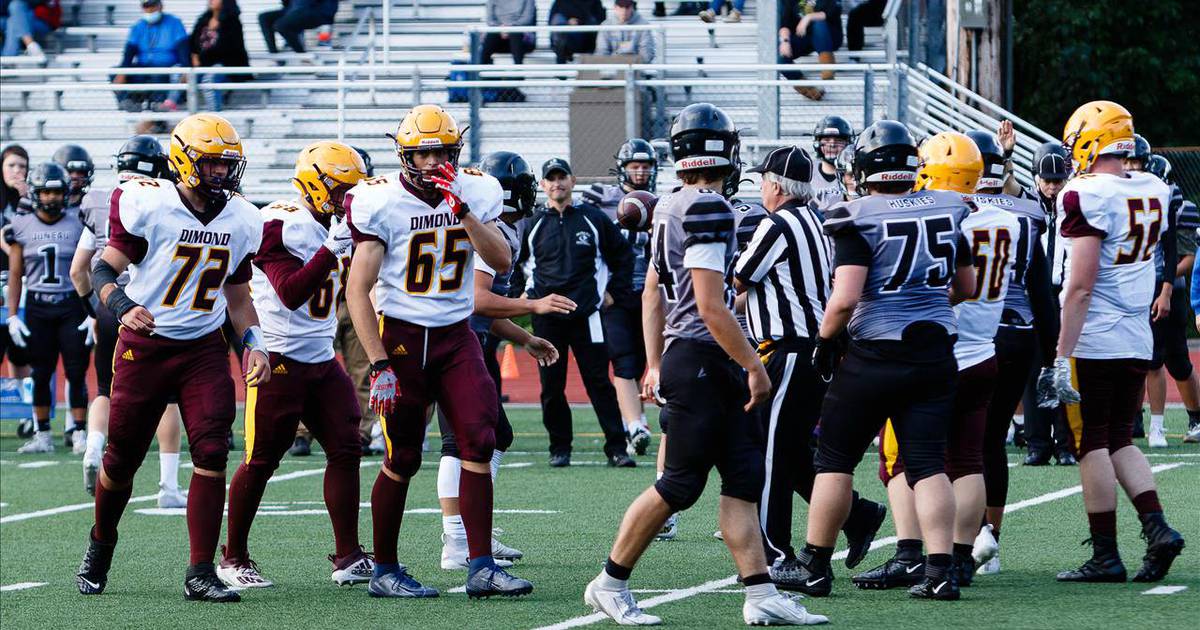 Twin brothers James and Billy Reinbold were standout athletes and students at Dimond High School and have intentions of doing the same at the college level. Billy Reinbold, both recent grads, will attend Massachusetts Institute of Technology and James will attend Cornell University in the fall. Both will play on their respective schools’ football teams.

The Reinbold brothers join more than 60 Alaskan high school student-athletes who have devoted themselves to collegiate-level sport.

The Reinbold siblings looked at colleges together, but chose to attend different schools because of their unique life interests and found football programs and academic curricula best suited them.

“I chose MIT because I think it perfectly embodies who I am as a person,” Billy Reinbold said in an email. “The attribute I was looking for was a STEM major school and one where I could possibly play soccer. After meeting the coach and the team, I felt like I had found the perfect school for me.”

James was on a recruiting visit to the east coast last summer looking for an institution that would allow him to play the sport he loves while receiving an Ivy League education.

“As soon as I walked into Cornell’s Schoellkopf Field, I knew I wanted to go there,” James Reinbold said in an email. “I immediately connected with the linebacker coach and knew I wanted to spend the next four years of my life under his wing. I enjoyed the historical and traditional atmosphere of the football program, which is one of the oldest and most storied programs in the nation. I also fell in love with the Cornell campus with its beautiful canyons and waterfalls.”

While they will attend different schools, the Reinbold brothers will still be in fairly close proximity on the same shore. The distance between Ithaca, New York, where Cornell is located, and Cambridge, Massachusetts, where MIT is located, is 328 miles via Interstate 90. That’s about a six-hour drive, a short flight, or just under a 10-hour train ride if one of decides to pay them a visit.

ADN asked coaches, parents, and student-athletes to report individual college commitments. The following list is a compilation of these responses along with reports from ADN’s Josh Reed.

Logan Smith will play baseball at the College of Southern Idaho in Twin Falls, Idaho.

Brenna Flannery will play softball at the University of Puget Sound in Tacoma, Washington.

Danielle Milo plays volleyball at the University of Antelope Valley in Lancaster, California.

Zyiah Mikes will play football in Division I at Alabama A&M University in Huntsville, Alabama.

Benjamin Pope will compete in wrestling at Ottawa University in Ottawa, Kansas.

Alena Glover will play hockey at the University of Augsburg in Minneapolis, Minnesota.

Chavous Kuamo’o-Malama will compete in bowling at Newman University in Wichita, Kansas.

Cort Sandefur will compete in track and field at the DI University of Montana in Missoula, Montana.

Charlie Severance will wrestle at the University of Mary in Bismarck, North Dakota.

Lydia Jacoby will be swimming at DI University of Texas in Austin, Texas.

Jordan Strausbaugh will compete in distance at the UAA.

Isabella Valenzuela will compete in a dance competition at DI University of South Florida in Tampa, Florida.

Kaushal Riedman will play soccer at Lewis and Clark College in Portland, Oregon.

Alison Ulrich will play softball at the University of Minnesota Crookston in Crookston, Minnesota.

Brennan Lackey will direct cross country and distance at the Florida Institute of Technology in Melbourne, Florida.

George Sholton will compete in swimming at Chapman University in Orange, California.

CSDR to refurbish facilities including a stained soccer field