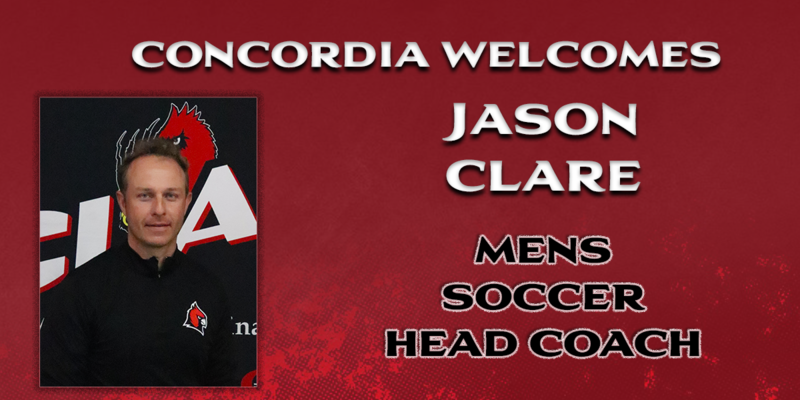 (Ann Arbor, MI) – The athletic department of Concordia University announced that Jason Clare has been appointed as the men’s head soccer coach. Clare took up his duties on June 1st.

Jason Clare joins Concordia after serving as Technical Director for the U13-19 level at Liverpool International Academy in Pontiac, Michigan. Clare was also the head coach for the high school level teams and performance coaching director.

“Jason Clare brings a wealth of experience as a football coach, both at the college and club levels.” says Concordia Athletic Director Lonnie Pries. “Jason is passionate about the game of football and building a positive culture in his programming. We’re excited to have Jason guiding our student-athletes as he takes over our men’s program.”

Clare graduated from the University of Wales Institute in Cardiff, England in 2005, where he earned a degree in Sport and Exercise Science. Before joining Liverpool International Academy, Clare coached Colorado Mesa University’s NCAA Division II as the women’s soccer head coach for five seasons. He also spent two years at Dodge City Community College as an assistant coach on both the men’s and women’s programs.

“First of all, I am very grateful to Lonnie Pries and the hiring committee for giving me this opportunity to lead the men’s soccer program and represent Concordia University.” says Jason. “As soon as I entered the campus, I knew that Concordia was unique. The family connection was obvious and appealed to me and I knew this was the right place for me. That feeling has only grown, and I feel blessed to be here and call myself a cardinal. I can’t wait to contribute to the good of the university and lead the men’s soccer program on and off the pitch.”