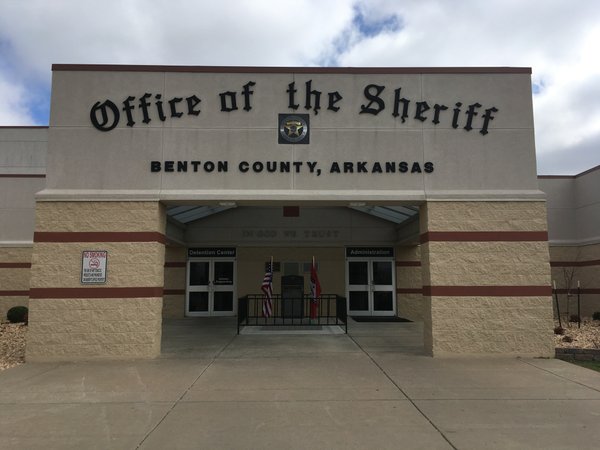 League president Chris Sparks said it was the first time in three years that they had held the academy due to the Covid-19 pandemic, although they held a one-day event last summer.

Sparks said attendees would learn all about each department of the sheriff’s office. The program is for children ages 6 to 13, he said.

Audree Ross, 11, said she enjoyed learning how detectives conduct investigations. Audree said she’s considering a career in law enforcement or a military career like her sister, who serves in the US Navy.

Sparks said the academy is for children who want to pursue a career in law enforcement and it’s also a way for MPs to develop positive relationships with children.

He started the academy of the week by sharing Jake Reed’s story with the kids. Reed, a 2013 graduate of Bentonville High School who fielded for the school’s baseball team, was one of three Joplin, Mo. police officers who were shot dead on duty March 9 and one of two who died after the incident.

“He was a great boy,” Sparks said.

Reed took an interest in law enforcement and attended the Junior Police Academy in 2012, Sparks said. Reed’s name is on the t-shirts given to children on Friday after graduation from the academy.

Sparks said the league was founded in 2009 and was focused on sports and educational programs that build relationships between law enforcement and children. Sport remains an important part of the program, he said.

The children met several players from the University of Arkansas women’s soccer team. The kids got to play soccer with the UA players in front of the sheriff’s office.

They also met with players from UA’s football and basketball teams on Friday, Sparks said.

Jesse Berner, 11, said he enjoyed playing soccer with the UA players. He said he was interested in becoming a police officer and enjoyed learning how MPs find and collect evidence.

William Joy, 8, said he wanted to be a police officer. William said he remembered the tour of the prison.

Sparks said her goal is to create an experience for kids so they can come into the sheriff’s office and have fun and play games while learning about law enforcement. The academy allows children to see MPs in a different light than with a badge and a gun.

“I’ve seen where kids don’t want to be here on day one and don’t want to have any interaction with law enforcement,” Sparks said. “By the end of the week they will be ready to become an undercover narcotics officer.”