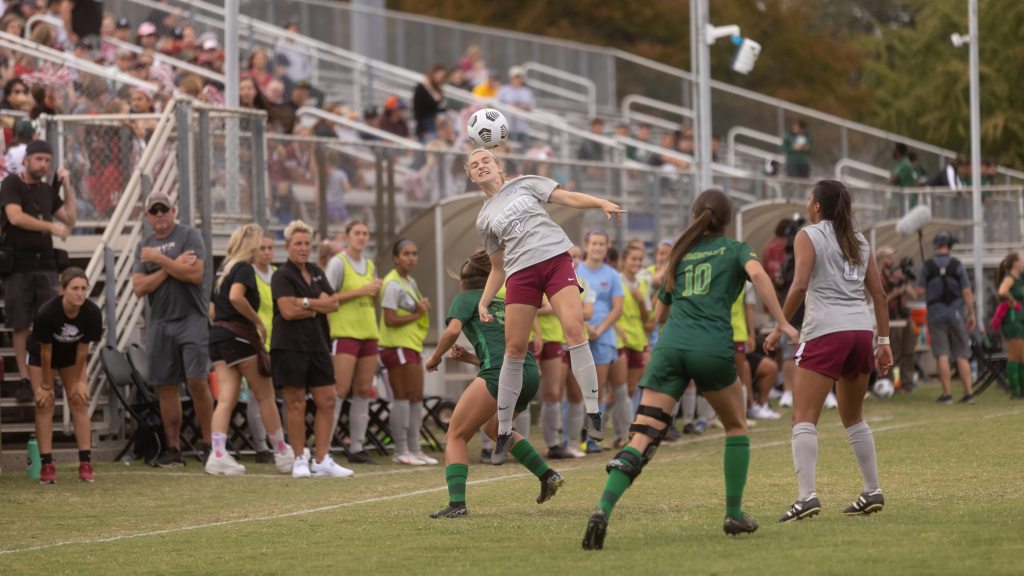 ARCATA — The Chico State women’s soccer team needed a win in their final game of the regular season against Cal Poly Humboldt on Thursday to secure first-place finish in the California Collegiate Athletic Association. The Wildcats lost 1-0 in Arcata to even the regular-season series with the Lumberjacks at one game apiece.

The winner of Sunday’s game will take on co-CCAA champion Sonoma State on November 4 at 11:30 am at Seawolf Soccer Field in Rohnert Park. The CCAA Championship will be held at Rohnert Park on November 6th at 1pm.

Tickets for Sunday’s game are $10 for general admission, $6 for seniors and visiting students with ID, and $4 for students and children ages 3 to 12 from Chico State. The game will be broadcast on the CCAA Network and live statistics are also available.

The Wildcats are 4-1-3 at home and 4-3-2 on the road, and the Lumberjacks are 1-4-3 on the road and finished 6-0-3 at home. Humboldt finished his last nine games 4-1-4 and tied for fifth place with Cal State San Marcos and Cal Poly Pomona in a three-way tie, but earned fifth place on the back of head-to-head performances.

On Thursday afternoon, Cal Poly Humboldt needed a win to keep its playoff chances alive, and the Lumberjacks beat Chico State 8-5 and led 8-1 in corner kicks. In the 65th minute, the Lumberjacks had a corner kick that went past the first attacker and footed Megan Janikowski, who deflected it past Chico State goalie Emma Hofmann.

At 4:04 into the game, Chico State earned a free kick after a kick in the back at the Cal Poly Humboldt goal from just outside the goal area. Senior captain Susanna Garcia took the free kick to try to level the match, but Garcia’s shot went up. With 2:31 left, the Wildcats got another shot at a free kick, but the shot was deflected off a header wide.

Hofmann made four saves in the loss and snagged the Wildcats’ streak of three straight shutouts.

The Chico State men’s soccer team led 1-0 at halftime, but the Wildcats ended in a tie for the eighth time this season and sixth time in a CCAA game. Chico State drew Cal Poly Humboldt 2-2 in Arcata on Thursday.

Chico State (6-4-8, 3-2-6) needed a win or a draw to keep their CCAA playoff chances alive and have them 1:43 in Thursday’s game thanks to a goal from Preston Moll the Wildcats settled in a CCAA playoff berth.

Chico State, the No. 5 seed, plays Sunday at 2 p.m. at the No. seed Cal State Monterey Bay. The winner advances to the semifinals of the CCAA tournament Friday at Premier Field in San Bernardino.

Cayden Hotaling scored the first goal of the game for Chico State and his second of the season in the 29th minute from a Bryan Manriquez assist. Cal Poly Humboldt’s Ramiro Rosas netted a goal in the 62nd minute without an assist and scored his second goal without an assist to give the Lumberjacks a 2-1 lead in the 82nd minute. In the 89th minute, Moll scored his second goal of the season to make it 2-2 after a pass by Gabriel Delich.

Chico State passed Humboldt 17-13 and 11-10 on shots on goal, but the Lumberjacks beat the Wildcats 7-6 in the second half when two goals were scored.