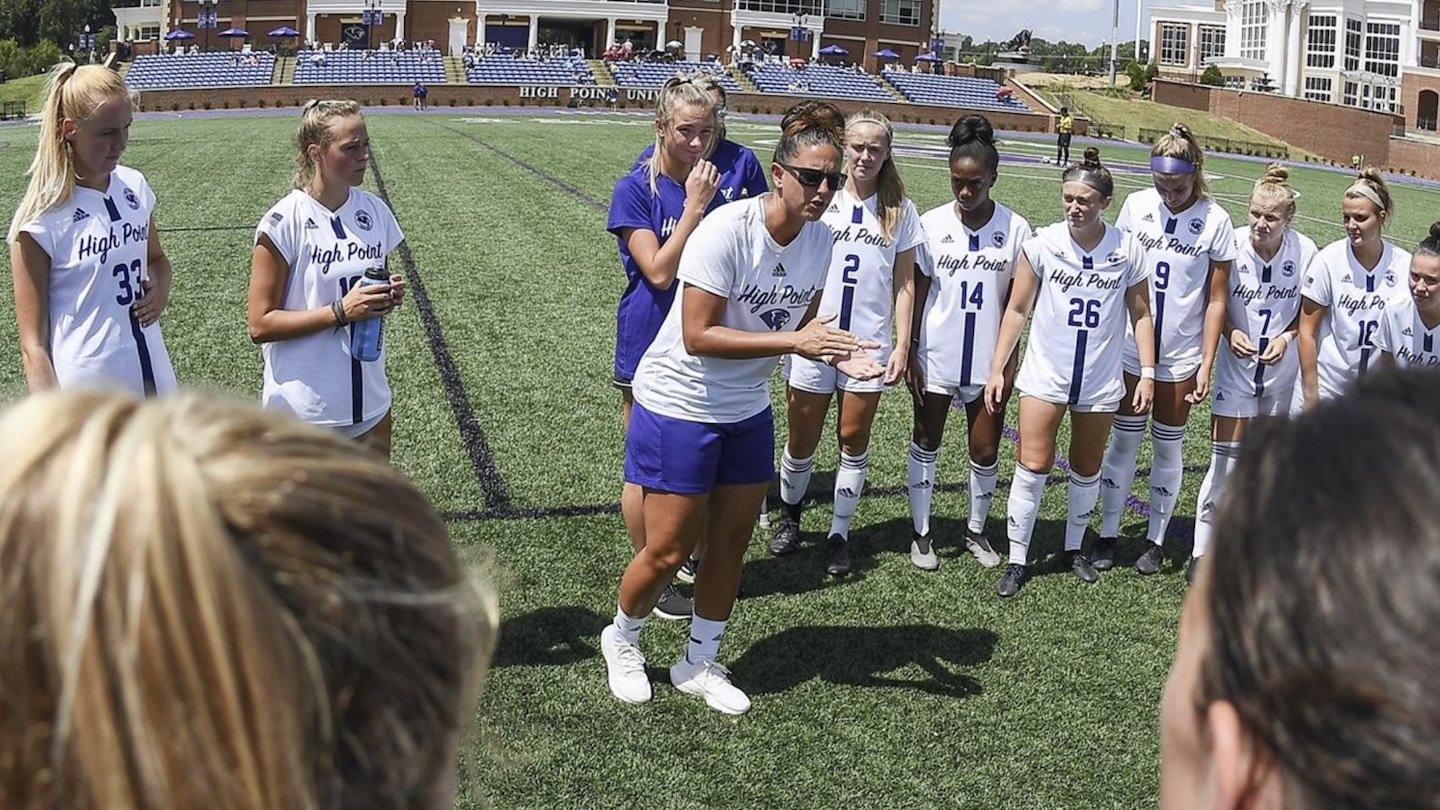 Brandi Fontaine has big footsteps in women’s soccer with the Charlotte 49ers.

“It’s an exciting time to be with Charlotte and I’m truly grateful, honored and very excited to be the next head coach of women’s soccer with the 49ers,” Fontaine said in a statement. … “The community and family culture they have built in this department was evident from my first step onto campus. I’m excited to be a part of the vision they have for this program and believe in the championship culture mentality they possess. We will build a high level of competitive excellence that enables our players to become the best versions of themselves both on and off the pitch.”

Fontaine, who received two Big South Coach of the Year awards, led High Point to the highest placings in school history, was tasked with achieving similar results as the fifth head coach in Charlotte history.

“We are very pleased to welcome Brandi Fontaine and her family to Charlotte,” said Charlotte athletic director Mike Hill. “She has a masterful pedigree and a proven track record as a head coach. We share a vision of excellence for women’s football and look forward to our program thriving under her leadership.”
Charlotte, who has five NCAA finishes in school history, most recently won the Conference USA title game in 2016 and finished runners-up in 2017 and Spring 2021. The 49ers will host the 2022 C-USA tournament.

The 2021 team from High Point won in conference play 10-8-2, 8-2 to claim their first conference title since 2017. In the 2020-21 spring season, the Panthers broke the national rankings with a 10-1 record. including an 8-0 in the Big South and a 9-0 in the regular season. The Panthers ranked 24th in both Top-Drawer Soccer and College Soccer News media polls and received votes in the United Soccer Coaches poll. They rose to eighth in the United Soccer Coaches Southeast Region rankings.

Fontaine spent 13 seasons at High Point. Before taking over as head coach, she was assistant head coach from 2013-2017 and assistant coach from 2009-2012 and was on the staff of five Panthers, seven NCAA bids, four Big South regular-season titles and five tournament championships. Fontaine began her coaching career in 2008 as an assistant at her alma mater, Francis Marion, where she earned three varsity letters in 33 career games with 20 starts, three goals and 11 assists. She was a team captain as a senior and ranked in the nation’s top 25 in assists as a junior.

Fontaine began her collegiate career in West Virginia, where she played in five games for a Mountaineers team that went 15-6-0 and advanced to the second round of the NCAA playoffs.