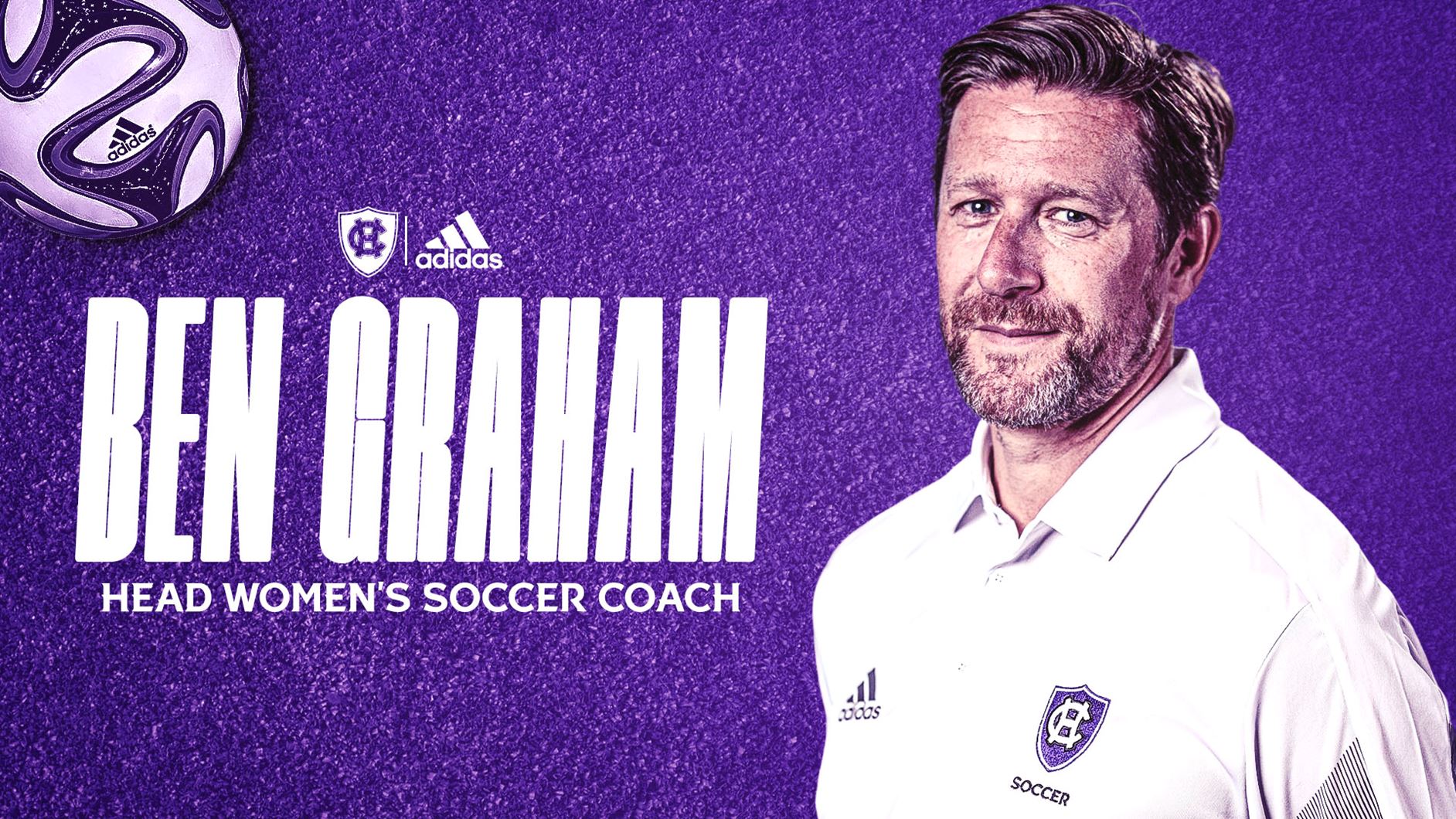 Graham, the ninth head coach in program history, was interim head coach of the Crusaders in spring 2022 and takes over the post after spending six seasons on the staff of the Holy Cross men’s soccer team, including the last four as assistant head coach.

“During an incredibly competitive search process, it became clear that the ideal candidate to lead Crusader women’s football into the future was right here in Worcester,” said Hughes. “Ben Graham is a tireless leader and team builder willing to strive for excellence and realize the potential we all believe lies in this program. He has demonstrated the ability to build strong, lasting relationships with student athletes and peers and I cannot think of a better person to represent our program and Holy Cross. The best is yet to come and I am thrilled that Ben is leading the way.”

Graham was the associate head coach of the Holy Cross Men from 2018-2021 after spending two seasons as an assistant coach in 2016-2017. He helped the team make three Patriot League appearances during that time, with Holy Cross reaching the 2017 championship game, Spring 2021 semifinals and Fall 2021 quarterfinals. Last year, the Crusaders went 8-8-3 overall for the most wins in a single season since 2013 and finished third in the Patriot League at 5-3-1 after finishing eighth in preseason polls had.

“I’d like to… thank you KitHughes, Rose Shea and the rest of the selection committee for entrusting me to lead the women’s football program here at Holy Cross,” said Graham. “I’m excited to be working with this amazing group of young women after seeing all the hard work they’ve put into improving themselves and the program this spring. I look forward to continuing my association with Holy Cross and the Worcester community for many years to come as we strive to return to the Patriot League tournament and compete for a championship.

“I would also like to give special praise to the head coach of men’s football Marco Koolman, who has been a fantastic mentor to me for the past six seasons. I look forward to seeing the men’s program continue to grow and become stronger in the years to come. ”

Prior to Holy Cross, Graham spent two seasons as an assistant men’s soccer coach at Stanford, from 2014-2015. He helped the Cardinal win the national championship in 2015 after the team advanced to the second round of the NCAA tournament in 2014. Stanford also won two consecutive Pacific-12 titles during his tenure on the staff.

Before joining Stanford, Graham was the assistant men’s soccer coach at Northeastern from 2012-14, where he worked with the goaltenders and also helped recruit and scout opponents. He helped the Huskies to their first-ever Colonial Athletic Association title and a second-round appearance in the NCAA tournament in 2012.

From 2009 to 2011, Graham built the men’s and women’s soccer programs at Marymount, California – the school’s first varsity teams – from the ground up as they transitioned to fully accredited NAIA programs. In three seasons, he led the Mariners to 31 combined wins, equaling the men’s all-time program win in 2010 with eight wins. Under Graham, three Mariners achieved all-conference status and two were named NAIA Scholar-Athletes.

Before joining Marymount, Graham was an assistant men’s soccer coach at Cal State Bakersfield for two seasons from 2007-08, where he assisted in the Roadrunners’ transition from Division II to Division I. He was also a teaching assistant at the University of Incarnate Word in San Antonio, Texas from 2005-2006, assisting the Cardinals in two NCAA Division II tournaments.

Originally from Newcastle-Upon-Tyne, England, Graham received his Bachelor of Laws and Law Doctorate degrees from the University of Sheffield, England, in 1996 and 1998 respectively. He played semi-professionally in the UK before coming to the United States in 2000 to coach at the high school and club levels. Graham won a Maine state high school championship in 2002 and was named NSCAA Coach of the Year for the state. He then received a master’s degree in curriculum and instruction from Cal State Bakersfield in 2009 and a doctorate from the United States Sports Academy

Graham holds a USSF A License, a USSF National Goalkeeping License, and an NSCAA Premier Diploma.

The Dacia Vienna Vikings claim their third win in a row, staying unbeaten along with Dragons and Black Panthers