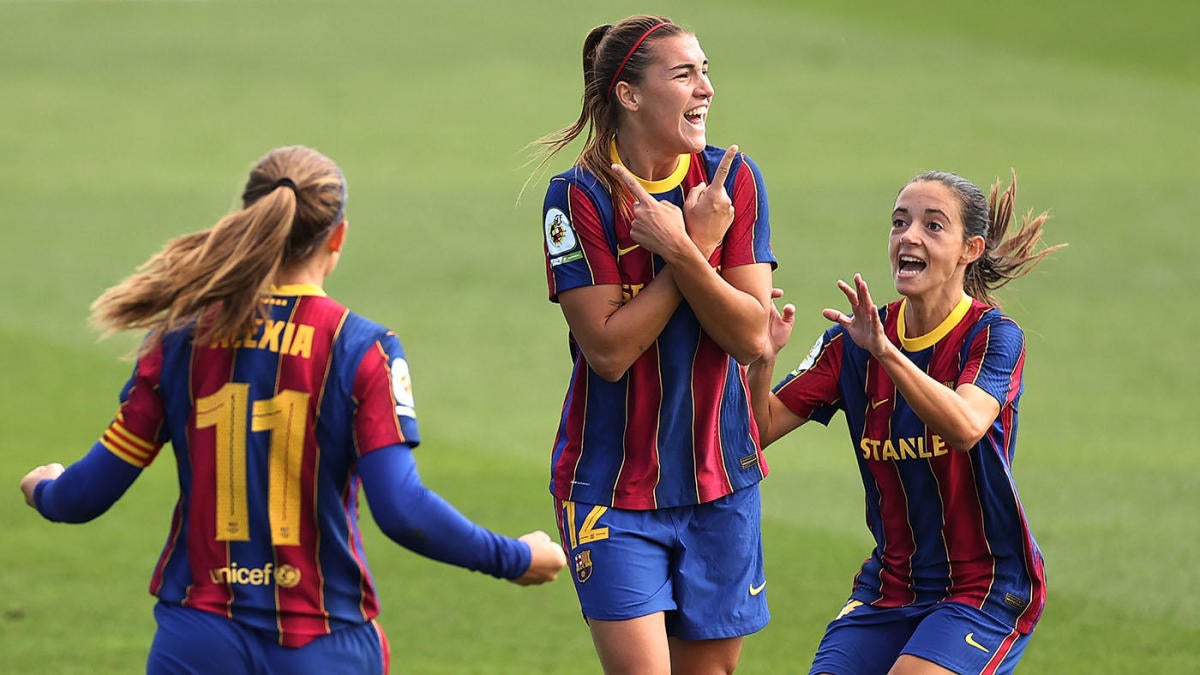 Barcelona vs. Real Madrid: At the Camp Nou, the women’s teams will write the next chapter in Spain’s greatest rivalry

FC Barcelona and Real Madrid meet in a historic second leg of the UEFA Women’s Champions League quarter-finals on Wednesday, bringing football fans another clash between the two iconic clubs. The second leg will be played at the Camp Nou as thousands of people will fill the stands for a UWCL version of El Clasico.

The franchise announced a complete sell-out of the game within a day after tickets for the second leg against arch-rivals Real Madrid went on sale. This isn’t the first time Barcelona have played at the Camp Nou, the team previously played a regular-season game against RCD Espanyol in 2021, but that event was marked without fans.

This time the stakes are higher and the fans provide the soundtrack for the players. The added pressure of performing well in front of thousands is something Barcelona players are embracing. As Norway international and Barca midfielder Ingrid Engen put it: “I think we always said [pressure] on ourselves and that’s the great thing about this team. We always want to play well and it doesn’t matter what the occasion is, but of course there’s a different atmosphere now.”

“I think it’s just about enjoying it,” she said. “Finding that confidence – and we already have that, I feel like – but we’re super ready and I think you don’t need any extra motivational things for this game. It’s motivation enough to sell out the whole stadium and play in front of our fans.”

Sweden international and Barca striker Fridolina Rolfo agreed but also said that a local rivalry also means the potential for different sectors of support during such a high-profile event. “Of course you have the pressure from outside, but I think it’s positive to have fans supporting us. So I hope that the environment and everything will be good when we’re there. But of course the opposing fans will be there.” [that] will also have fans supporting them. But I just hope we can enjoy the game.”

Want more coverage of women’s football? Listen below and be sure to follow Attacking Third, a CBS soccer podcast bringing you everything you need to know about the NWSL and around the globe.

Real Madrid got off to a promising start in the quarter-finals first leg before FC Barcelona threw a strong 3-1 win over the Madristas in the second half. The Catalan side remained goalless for almost an hour before VAR confirmed a penalty for the Blaugrana which Alexia Putellas converted to equalize before adding another in stoppage time.

“Of course we weren’t happy with how we started the game, but we got a good result and then showed that it doesn’t matter if the other team has a good day,” said Engen. “We’re super hard to beat. We score goals. Now things might change, but not how we’re going to play.”

A slow start to a high-profile game from the reigning Champions League winners is a feat Barcelona would not want to forget. Rolfo believes Barcelona’s first leg was a game full of lessons for the team to remember as they prepare for the second leg.

“We have to take this first half into the second game. Because we know what level we can play at when we’re at our best,” Rolfo said.

Whatever the outcome and Barcelona remain huge favorites to win, the hope is this is just the beginning of this rivalry to be showcased on the grandest stage. A Clasico at the Camp Nou is the kind of event everyone can look forward to. And the sell-off clearly shows that when Barcelona vs Real Madrid, whether men or women on the field, no one can get enough.