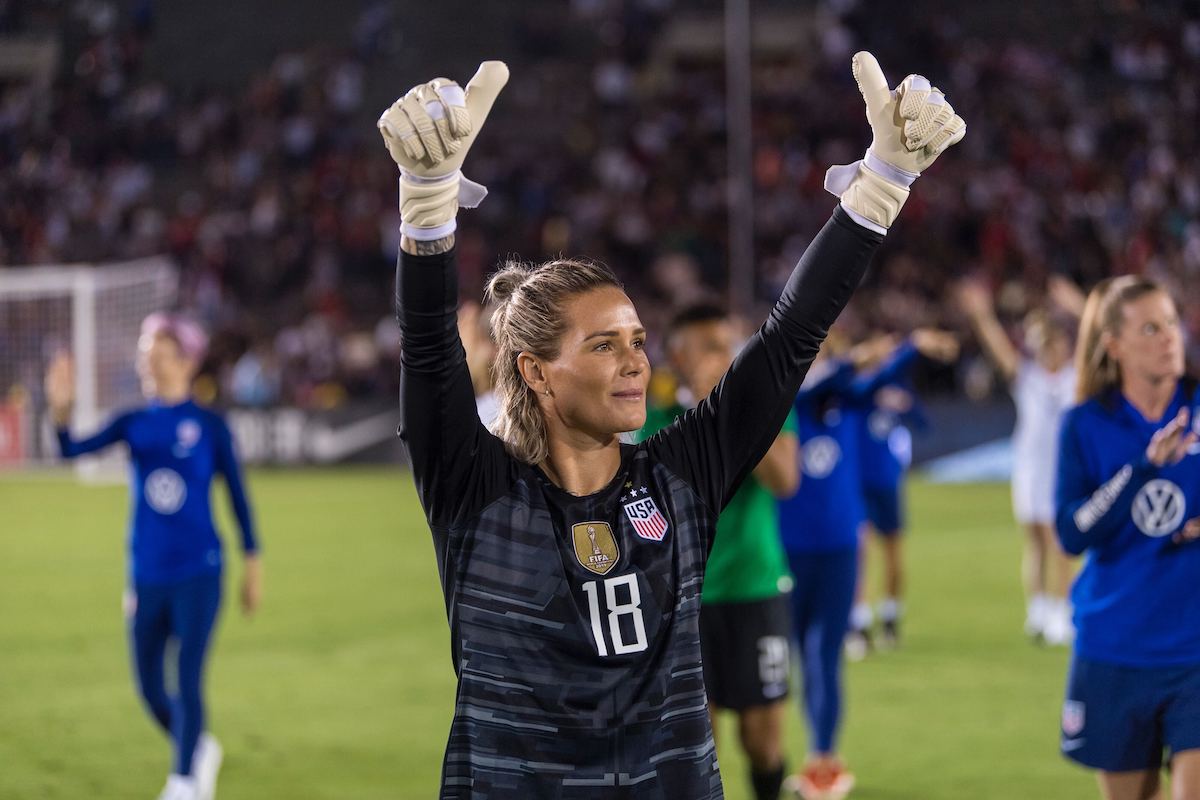 Ashlyn Harris, longtime goaltender for the US women’s national team, announces her retirement

CHICAGO (November 14, 2022) – Ashlyn Harris, who won the World Cup in two teams for the USA women’s national team and was the first goalkeeper of the historic 2002 FIFA U19 Women’s World Cup winner, has announced her retirement from professional football.

Harris, 37, has played in all 10 seasons of the National Women’s Soccer League, the last with NJ/NY Gotham FC, and was a part of the USA Women’s National Soccer Team programs for 20 years.

She burst onto the international scene in 2002 at the age of 16 when she became the youngest starter to help USA win the first-ever FIFA Women’s World Cup for young women. Harris played an excellent game in the championship game as the USA defeated Canada 1-0 in Edmonton thanks to a Lindsay Tarpley “golden goal” in front of a crowd of 47,784.

She was also the starting goalkeeper and captain of the USA team that finished third at the 2004 FIFA U-19 Women’s World Cup in Thailand. In 12 games she played every minute in goal for these two World Cup teams.

“It has been my honor to represent this country on and off the field,” Harris said. “I started this journey with US Soccer at the age of 13 and it has shaped every part of my life. I’m proud of the woman I’ve become and I can only thank the people who have supported and encouraged me through all this time. Thank you to all my youth national team coaches, full national team coaches, goalkeeping coaches, coaches and everyone in between.

“To all my teammates, you have been the driving force behind my long life. This journey has always been about the people for me, so thank you for all the incredible memories and lifelong friendships. To the fans, thank you from the bottom of my heart. I hope I’ve impacted your life in some way as you’ve all impacted mine.”

After suffering numerous serious injuries during her collegiate career at the University of North Carolina, where she eventually won two NCAA titles, she only worked her way into the senior team image in 2010, after winning the second US women’s pro league WPS, where she helped the Western New York Flash win the 2011 championship.

In 2013, she made her full international debut in a 1-1 draw with Sweden at the Algarve Cup in Portugal, capturing 25 caps for the USA, including 21 in the starting XI. She played against 21 different countries during her international career, had nine career shutouts and a 17-2-2 record for USA.

Most notably, she was a member of the winning squad for the 2015 and 2019 FIFA Women’s World Cups. She was the reserve goalkeeper for the 2016 Olympic team.

Their last game for the USWNT came on January 31, 2020 in an 8-0 win over Panama in Olympic Qualifying in Houston, Texas.

Harris has also made an impact off the field, which she will continue to do into her sporting retirement. Along with her wife and fellow World Champion Ali Krieger, she is a role model and outspoken advocate for equality and inclusivity, using their platform to raise awareness and support for LGBTQ+ rights and mental health awareness.