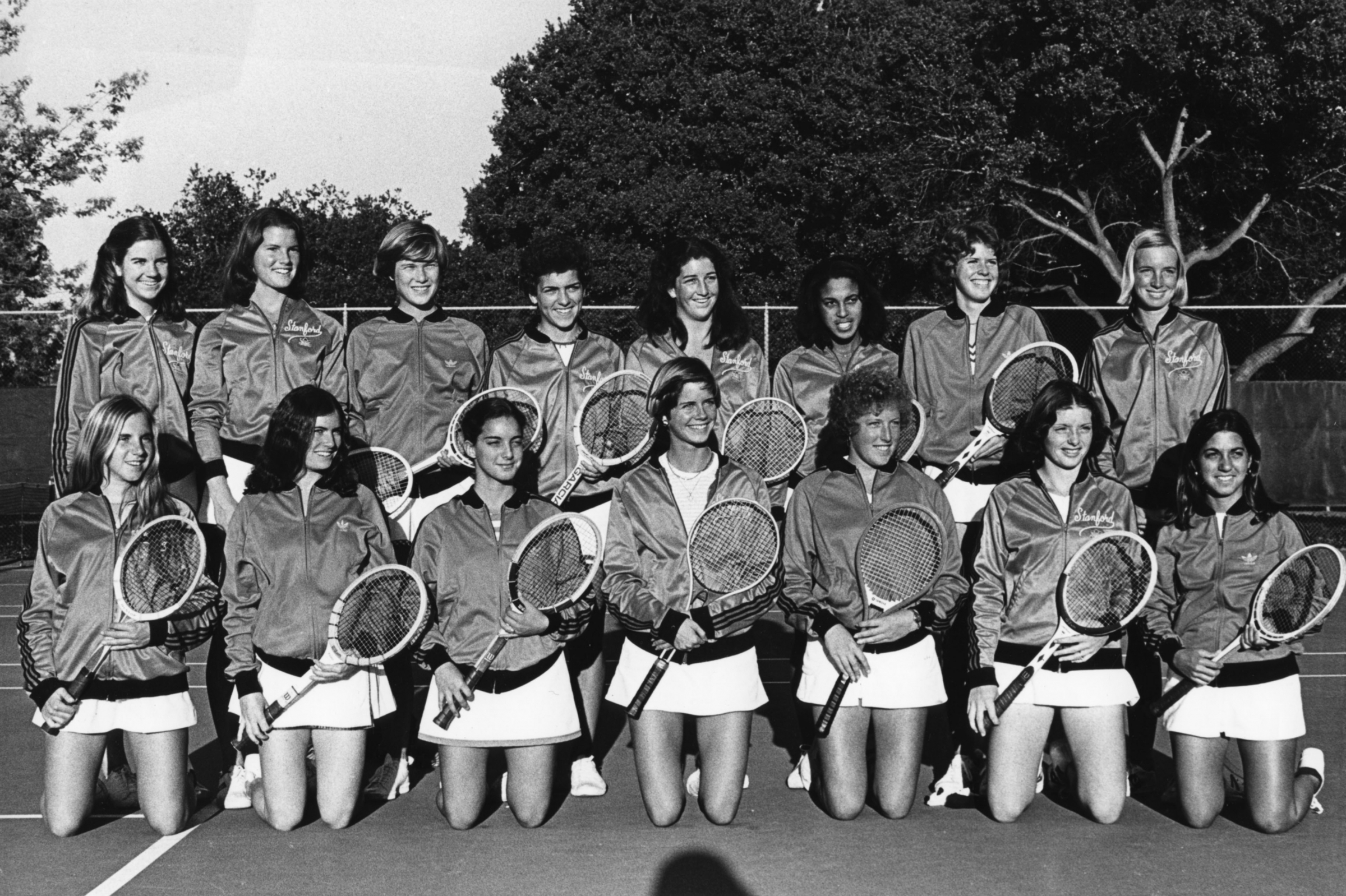 Athletics for women at Stanford University has come a long way in the past five decades since Title IX, the landmark act that made gender equality in education — and in sports — federal law on June 23, 1972.

Stanford’s women athletes have won 139 Olympic medals, 258 national collegiate individual titles and 79 national team championships — the most from any US university.

In honor of the 50th anniversary of the passage of Title IX and the achievements of its female athletes, Stanford Athletics has nominated its first all-female class of recruits into its Hall of Fame. They will officially join in September.

Tara VanDerveer (women’s basketball) is inducted for her legendary coaching career, entering its 37th season in 2022-23, while longtime volunteer Linda R. Meier receives special recognition for her service to the department.

In addition to producing a total of four NCAA team championships and six NCAA individual titles, several candidates have also won Olympic medals or been honored as national player of the year in their sport. All eight former student-athletes were recognized as All-Americans in multiple seasons.

The athletes will be inducted in an evening ceremony at Bing Auditorium on Friday, September 9th and publicly introduced on Saturday, September 10th during the Stanford vs. University of Southern California football game.

Stanford athletic director Bernard Muir said the Hall of Fame class is not only meant to honor legends of the past, but also to inspire and support legends of the future.

“As we celebrate the incredible achievements of Cardinal’s women’s athletic programs of the past, we are committed to strengthening Stanford’s leadership in women’s athletics and providing current and future Cardinal students an unparalleled opportunity to pursue their dreams while inspiring other young ones women to do the same,” Muir explained in one open letter to the Stanford community.

Stanford Athletics Hall of Fame nominees are selected based on athletic/academic achievements and post-Stanford achievements, such as: B. their Olympic, international and professional careers, as well as any notable civic service and leadership. Student-athletes can be accepted 10 years after their last competitive season, said Brian Risso, Stanford associate athletics director.

While the university today boasts an unparalleled athletics program, women’s sport got off to a rocky start.

When President Richard Nixon enacted Title IX of the Education Amendments, both Stanford athletic director Joe Ruetz and Pamela Strathairn, Stanford’s director of athletic programs for women, were concerned about investing in women’s athletics with no guarantees that engagement in women’s programs would remain strong for a long time, according to an article that appeared in The Stanford Daily 1974

Stanford’s women athletes argued that without proper investment and equipment, they could not generate commitment like the men’s programs received.

Stanford’s women’s rowing team, which when it was founded in 1974 had none of the amenities provided to the men’s team, successfully lobbied for access to equipment during a meeting with Ruetz and Stanford crew boosters, according to one like booting a Issue October 1974 the Stanford Daily.

In the weeks that followed, many discussions and meetings were held to discuss how Stanford’s athletic funding should be divided between male and female programs. Most boosters supporting Stanford Athletics at the time warned against giving too much money to women’s programs before they could “see some evidence of talent.” reported by The Stanford Daily in November 1974.

Since then, Stanford’s talent and athletic accomplishments have been unparalleled in women’s sports. Of Stanford’s 20 women’s athletic programs, two have an overall win rate of over 90%, three have over 75%, and four have reached the NCAA tournament at least 30 times.

Stanford women’s tennis and women’s swimming and diving — the two programs with an overall win percentage of over 90% — along with women’s volleyball and women’s water polo, all hold the most national titles in the country in their respective sports. In fact, according to Stanford Athletics, Stanford has half of the 40 NCAA team titles awarded in women’s tennis in addition to 15 individual singles titles.

Women’s tennis, women’s volleyball, women’s basketball and women’s soccer, the four programs that have qualified for at least 30 NCAA tournaments, have reached the tournament a total of 146 times. Of those 146 instances, the four teams have appeared together in 81 semi-finals and 54 finals, and have won 35 national titles. Since 2009, Stanford’s women’s athletic teams have won at least one national championship every year.

Despite the unrivaled success of Stanford’s women’s athletic teams and the strides made over the past 50 years, Muir still believes more needs to be done over the next half century and beyond to ensure equality is achieved.

“As we reflect on the deep history of women’s athletic success here at Stanford, we also know that the work for equality is not yet complete,” Muir said.

The Stanford Athletics Hall of Fame was established by Walt Gamage, a longtime sports editor for the Palo Alto Times. Gamage, who had previously worked for many Chicago-area neighborhood newspapers, moved to Palo Alto in 1944 and quickly developed an interest in Stanford sports. In early 1954, Gamage organized a Hall of Fame. The first class of inductees, including 34 of the biggest names in Stanford athletic history, was announced in a full-page spread in the Palo Alto Times in 1954, according to the Stanford Athletics Hall of Fame website.

• Tara Vanderveer (basketball) – 1996 Olympic gold medalist (as a coach), the all-time most successful coach in NCAA women’s basketball history and one of four NCAA Division I coaches with 1,000 wins, five-time National Coach of the Year, three times National Champion (as coach).