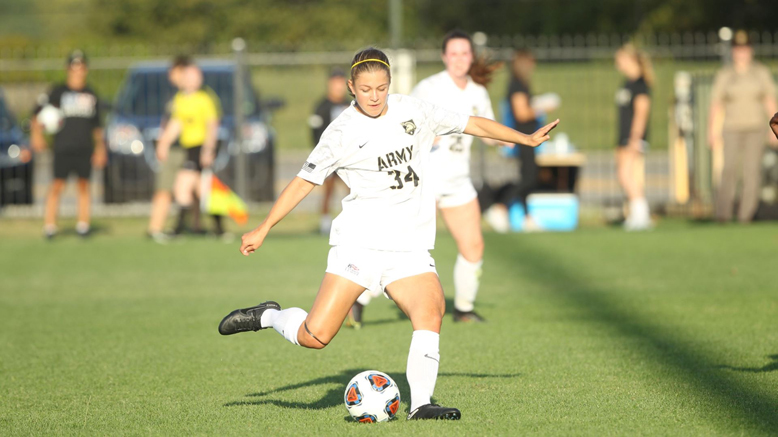 AUBURN, AL. – Army West Point women’s soccer fell en route to No. 11 Auburn in a hard-fought 1-0 affair. The game ended the Black Knights’ four-game road trip as the team returns home for their next game against Wagner College this Thursday.

It was the first meeting between the two programs and the Black Knights’ second straight game on the road against a ranked opponent. The teams struggled to see the goal for the first twenty minutes, with Army’s Dara Murray scoring the only shot on goal in the fifth minute while Emma Richey blocked the Tigers’ first shot.

Auburn would score the first goal of the game from his first corner chance via a 28th-minute ME Craven header. The game returned to its austere form in the final 15 minutes, with the Tigers adding two more corner kicks to no avail as the teams went into half-time tied 1-0.

The game continued to play in midfield early in the second half, with neither team threatening in the early stages. Army’s next sight on goal came from a long-range shot from Keira Vesy in the 65th minute, forcing a save from well over 40 yards from goal. Sage Stroham was tested for the first time in the second half just minutes later, collecting her only save of the competition.

The Black Knights got the ball in the box one last time in the latter part of the game, with the Tigers scoring a critical block on a shot attempt by Cami Silvestro. After a series of substitutions, Auburn could see the final minutes remaining on the clock to secure the one-goal win.