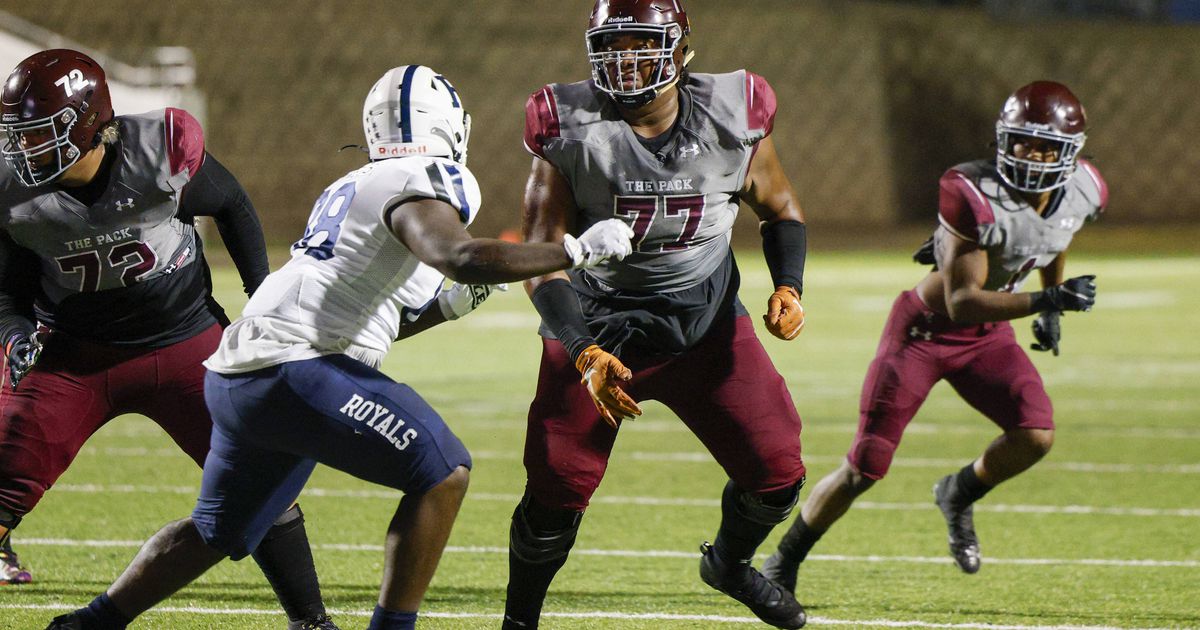 Bowen has recorded key interceptions in both of Guyer’s playoff wins — one to prevent a touchdown against Flower Mound Marcus and another in which he returned 99 yards for a goal against Highland Park. Guyer will need another strong display from Notre Dame as he meets the region’s top 6A quarterback Jake Wilson. The Guyer secondary gave up nearly 400 through-air yards and two touchdowns to Highland Park quarterback Brennan Storer, and it doesn’t get any easier this week against a quarterback who has threw for 3,757 yards and 42 touchdowns this season.

Timberview’s fast offense leads all 5A teams in the Dallas area with 327 yards per game, thanks in large part to Texas involvement, which paved the way for such stellar years for Javeon Madison and Jarvis Reed, each with 1,100 yards and 16 touchdowns. Reedy has the region’s top 5A rushing defense, so Cojoe will face his toughest challenge yet to keep his team’s unbeaten season alive.

Argyle vs. Grapevine, Friday at 6pm at Southlake’s Dragon Stadium

The No. 33 recruit in the Class of 2024 has led Argyle’s fast defense, which ranks fourth among Area 5A teams, giving up just 95 yards per game. When those two teams met in September, Poppell’s unit was grounding Grapevine for 194 yards, over 100 yards shy of the 316 yards average for the year. Argyle will need a strong night off his defensive line to sweep.

Continuing its Cinderella season against 10-time state champion Aledo, Midlothian will again rely on the region’s top 5A wide receiver, who has 1,132 yards and 17 touchdowns this year. Aledo has not scored less than 35 points in their 10 straight wins, so the pressure will be on Midlothian’s offense to continue their dominant game as they have averaged 45 points per game this year.

While Reedy has bested his fair share of talented opponents, the undefeated Timberview has been one of the region’s best on both sides of the ball this year. Reedy will need a stellar day from quarterback Caleb Deal, who threw for 2,178 yards and 21 touchdowns, to outlast a Timberview defense that ranks second among Zone 5A teams and a scoring offense that the Zone leads with 56 points per game.

Argyle vs. Grapevine, Friday at 6pm at Southlake’s Dragon Stadium

The last time these two teams faced each other, Argyle kept Polk out of the endzone — a rare occurrence for the region’s third-leading 5A rusher, who has 24 goals and 1,834 yards this year. If his team wants to avenge their only loss of the year, it will come on the back of Polk, who has led his team to almost every win this year.

Celina vs. Anna, Friday at 2pm at Allen’s Eagle Stadium

Gayton has started Celina’s second half of the season with 1,452 total yards and 20 points in his senior campaign. He was the team’s top producer in his matchup against Anna earlier this year, rushing for 129 yards and scoring one in the 28-25 loss. He has rushed for 100 yards in six straight matchups and can be expected to do the same if Celina can pick up a win in her second matchup against Anna this year.

Celina vs. Anna, Friday at 2pm at Allen’s Eagle Stadium

Bullock’s breakout season continues as he has a chance to sweep Celina after leading his team to a win over her for the first time in 50 years earlier this season. Bullock’s 3,800-yard, 53-touchdown season was absolutely flawless and earned another marquee win over Stephenville in the area round. Leading his team to a second win over Celina would put Anna in prime position to race to the state title fight.

Wilson established himself as an Offensive Player of the Year contender by leading one of the state’s best offenses, averaging 568 yards and 50 points per game. He could very well be surpassing 4,000 yards a year if Byron Nelson can produce the offensive performance he needs to get past Jackson Arnold and Denton Guyer’s attack and the talented Guyer-secondary led by Peyton Bowen and Ryan Yaites.

Five thoughts from the high school football playoff division round